Ganatantra Mancha Announces Protest Rallies in All Districts on Jan 25 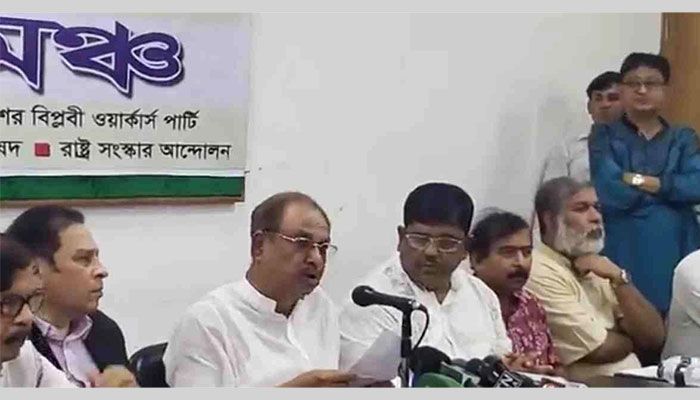 Ganatantra Mancha, an alliance of seven political parties, has announced protest rallies in all districts of the country on January 25 as part of its ongoing movement against the government.

“January 25 is a scandalous day in the history of our politics. A one-party system (BaKSAL) was introduced on this day, and our democracy, freedom of the press, and voting rights were taken away,” he said.

“We will hold protest rallies in all districts on that day to establish voting rights, a democratic regime, to save the people, and overthrow this illegal government,” he added.

Around hundreds of leaders and activists from the alliance joined today’s demonstration.

Saiful Haque, general secretary of Bangladesh-er Biplobi Workers Party, said that Bangladesh would not have had to take a $4.5 billion IMF loan if “there were no corruption and looting over the last 14 years.”

Zonayed Saki, chief coordinator of Ganasamhati Andolon, said there can be no election under the current government.

“The BNP and other parties are also protesting. We will continue our fight to overthrow the government and establish voting rights,” he said.

The alliance of seven opposition parties was launched on August 8 last year with the objective to conduct a united movement against the government.