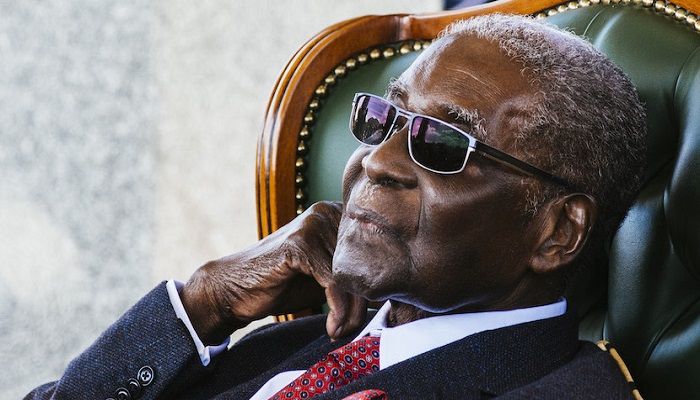 ﻿Mugabe inherited a country with great potential, but he threw it all away

Robert Mugabe, the former president of Zimbabwe, has died. Mugabe was 95, and had been struggling with ill health for some time. The country’s current President Emmerson Mnangagwa announced Mugabe’s death on Twitter.

The responses to Mnangagwa’s announcement were immediate and widely varied. Some hailed Mugabe as a liberation hero. Others dismissed him as a “monster.” This suggests that Mugabe will be as divisive a figure in death as he was in life.

The official mantra of the Zimbabwe government and its Zimbabwe African National Patriotic Front (Zanu-PF) will emphasize his leadership of the struggle to overthrow Ian Smith’s racist settler regime in what was then Rhodesia. It will also extol his subsequent championing of the seizure of white-owned farms and the return of land into African hands.

In contrast, critics will highlight how -- after initially preaching racial reconciliation after the liberation war in December 1979 -- Mugabe threw away the promise of the early independence years. He did this in several ways, among them a brutal clampdown on political opposition in Matabeleland in the 1980s, and Zanu-PF’s systematic rigging of elections to keep him and his cronies in power.

They’ll also mention the massive corruption over which he presided, and the economy’s disastrous downward plunge during his presidency.

Inevitably, the focus will primarily be on his domestic record. Yet many of those who will sing his praises as a hero of African nationalism will be from elsewhere on the continent. So where should we place Mugabe among the pantheon of African nationalists who led their countries to independence?

Most African countries have been independent of colonial rule for half a century or more.

The early African nationalist leaders were often regarded as gods at independence. Yet they very quickly came to be perceived as having feet of very heavy clay.

Nationalist leaders symbolized African freedom and liberation. But few were to prove genuinely tolerant of democracy and diversity. One party rule, nominally in the name of “the people,” became widespread. In some cases, it was linked to interesting experiments in one-party democracy, as seen in Tanzania under Julius Nyerere and Zambia under Kenneth Kaunda.

Even in these cases, intolerance and authoritarianism eventually encroached. Often, party rule was succeeded by military coups.

In Zimbabwe’s case, Mugabe proved unable to shift the country, as he had wished, to one-partyism. However, this did not prevent Zanu-PF becoming increasingly intolerant over the years in response to both economic crisis and rising opposition. Successive elections were shamelessly perverted.

When, despite this, Zanu-PF lost control of parliament in 2008, it responded by rigging the presidential election in a campaign of unforgivable brutality. Under Mugabe, the potential for democracy was snuffed out by a brutal despotism.

Whether the economic policies they pursued were ostensibly capitalist or socialist, the early African nationalist leaders presided over rapid economic decline, following an initial period of relative prosperity after independence.

In retrospect, it’s widely recognized that the challenges they faced were immense. Most post-colonial economies were underdeveloped and depended upon the export of a small number of agricultural or mineral commodities. From the 1970s, growth was crowded out by the International Monetary Fund demanding that mounting debts be surmounted through the pursuit of structural adjustment programs. This hindered spending on infrastructure as well as social services and education and swelled political discontent.

In contrast, Mugabe inherited a viable, relatively broad-based economy that included substantial industrial and prosperous commercial agricultural sectors. Even though these were largely white controlled, there was far greater potential for development than in most other post-colonial African countries.

But, through massive corruption and mismanagement, his government threw that potential away. He also presided over a disastrous downward spiral of the economy, which saw both industry and commercial agriculture collapse. The economy has never recovered and remains in a state of acute and persistent crisis today.

On the political front, the rule of some leaders -- like Milton Obote in Uganda and Siad Barre in Somalia -- created so much conflict that coups and crises drove their countries into civil war. Zimbabwe under Mugabe was spared this fate -- but perhaps only because the political opposition in Matabeleland in the 1980s was so brutalized that they shrank from more conflict. Peace, then, was merely the absence of outright war.

Some leaders, notably Ghana’s Kwame Nkrumah and Julius Nyerere in Tanzania, are still revered for their commitments to national independence and African unity. This is despite the fact that, domestically, their records were marked by failure. By 1966, when Nkrumah was displaced by a military coup, his one-party rule had become politically corrupt and repressive.

Despite this, Nyerere always retained his reputation for personal integrity and commitment to African development. Both Nkrumah’s and Nyerere’s ideas continue to inspire younger generations of political activists, while other post-independence leaders’ names are largely forgotten.

Will Mugabe be similarly feted by later generations? Will the enormous flaws of his rule be forgotten amid celebrations of his unique role in the liberation of southern Africa as a whole?

Roger Southall is Professor of Sociology, University of the Witwatersrand. This article previously appeared on The Conversation UK and has been reprinted by special arrangement.