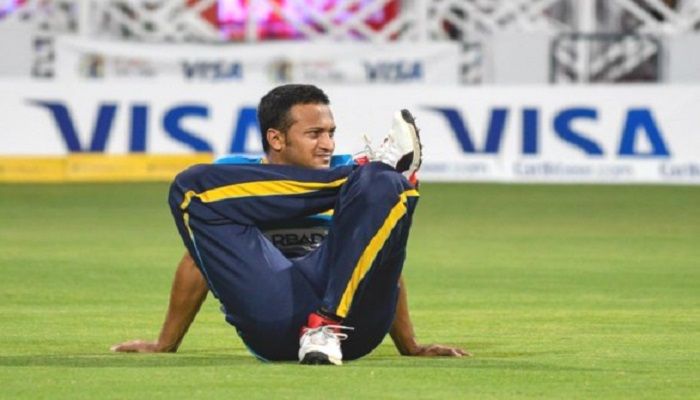 Shakib, playing his second match for the Tridents this season, contributed to the cause with both bat and ball after his all-round effort in the previous match had gone in vain.

Having won the toss and electing to bat, Tridents lost Alex Hales in the very first over before Shakib came to the crease and notched a 62-run second-wicket partnership with Johnson Charles. Shakib hit 22 off 21 deliveries before departing in the ninth over and Johnson followed suit three overs later after a team-high 36-ball 47, laced with four fours and two sixes.

Justin Grieves hit 27 off 28 to see Barbados posted 141/6. Despite losing wickets at early, runs were flowing for Zouks but they shot themselves on the foot after Colin Ingram (25) Colin de Grandhomme (21) and Hardus Viljoen all fell during a pivotal stage of the chase.

Shakib Al Hasan struck at a critical point, picking up the wicket of Grandhomme in the 10th over to finish yet another economical spell, this time conceding just 20 in four overs while leg-spinner Hayden Walsh picked up four wickets, including three in the same over as Zouks were bowled out for 117.