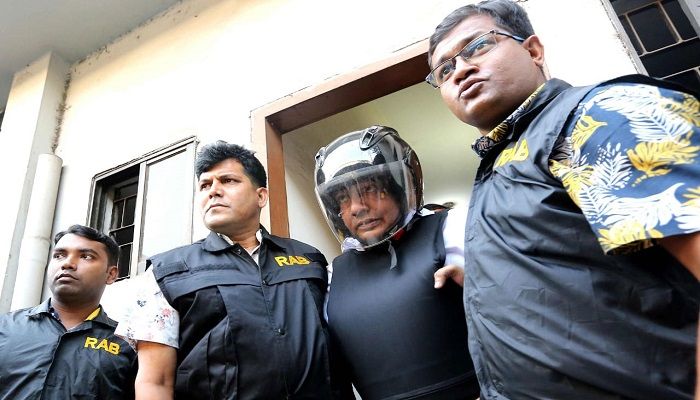 RAB-3 assistant director (media) Mizanur Rahman said members of Rapid Action Battalion-3 raided the office of Monju, councillor of ward No 39 and a member of Wari thana Awami League, in the afternoon and arrested him.

He was also a member of the previous committee of city Awami League.

Monju was allegedly involved in extortion, land-grabbing and drug business.

His name surfaced when a special anti-corruption drive started against leaders and activists of ruling Awami League and its associate bodies.