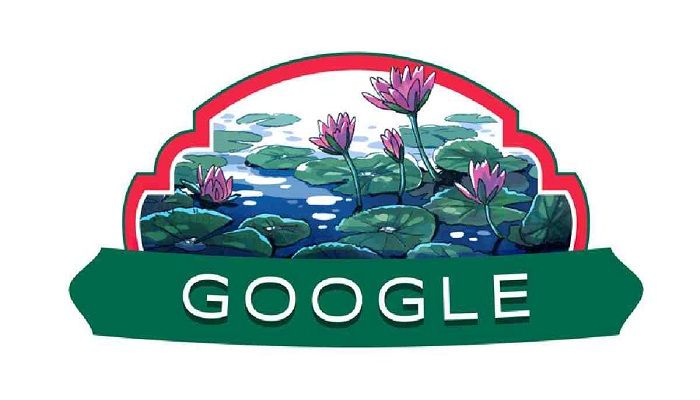 Google marks many special occasions with customized doodles, changing its logo on the homepage to reflect the occasion.

Google in its message said, ''Home to the Sundarbans (the world’s largest mangrove forest), as well as Cox’s Bazar (the world's longest stretch of beach), the People’s Republic of Bangladesh, celebrates its independence today.''

It said an autonomous republic, the nation formerly known as East Pakistan, became Bangladesh 49 years ago. The country then adopted the Shapla or water lily, depicted in the Doodle artwork, as its national emblem and flower.

In honour of the country's freedom, the Bangladeshi flag proudly flies atop many of its buildings. Featuring a red disk against a green backdrop, the flag of Bangladesh represents the sun rising across the nation’s abundant flora and natural beauty, the search engine giant said.

On March 26, 1971, Father of the Nation Bangabandhu Sheikh Mujibur Rahman declared Bangladesh's independence following the crackdown on unarmed Bangalees on the midnight of March 25 by Pakistani occupation forces.

After the nine-month Liberation War with the supreme sacrifices of three million martyrs and the honour of two lakh women, Bangladesh achieved its cherished independence on December 16, 1971.