The Neglect of Kazi Nazrul Islam’s Revolutionary Poetry And Ideas

Remembering Kazi Nazrul Islam and the sidelining of his poetry and ideas by the Hindu literary canon on his 44th death anniversary. 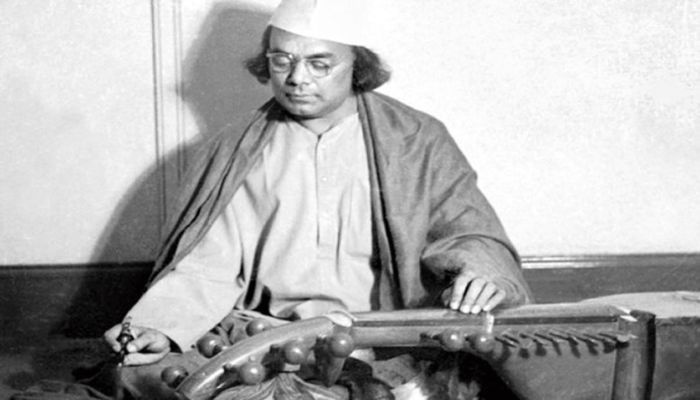 ﻿Although on the one hand there is no denying the sheer magnitude of Kazi Nazrul Islam’s contribution to the canon of Bangla poetry, there is also no denying the fact that the poet- neither during his lifetime nor since his death- has received the kind of public attention his work deserved. 44 years since his demise, as a society we find ourselves almost severely impaired and certainly poorer for it.

In their poetics and their politics, the revolutionary Indian poets of the early 20th century envisioned a world rife with cross-cultural interaction and inclusive discourse such that all demographics could feel not only represented but also had enough incentive to participate in its making. This shone most vividly in their language which was at the same time rustic and polished, rural and urban and most importantly, comprised the poetic use of both Sanskrit and Perso-Arabic jargon.

We find ourselves today in a situation where the communal assignments to the root languages (Sanskrit and Arabic- Persian) are being given an increasingly serious position. However, like most other fascist tricks that comprise India’s current political tapestry, this too is part of India’s vast colonial heritage. Even back then, the language was just another easy instrument along the lines of which a potentially resistant polity could be divided so as to weaken its foundational unity.

With the assignment of Sanskrit as the root language to which the Hindu population could pledge some form of nostalgic allegiance, the Perso- Arabic heritage of the modern Indian languages was reduced merely to a very specific inheritance for the Urdu speaking Muslim population of British India. Unfortunately, this very strategically planted ridge worked all too well, such that much of the revolutionary intelligentsia, including some of its tallest names, bought into it.

Kazi Nazrul, however, remained immune to this seduction through the length of his literary career. In fact, he is lauded by his (albeit restricted) readership for the positively affirmative secular politics that defined his writing. His poetry is characterised by a rich, purposeful intermingling of Hindu and Muslim imagery and Sanskrit and Perso-Arabic phrases- which, predictably, was a thorn in the side for many of his right-wing or less confrontational contemporaries- such as the poets that comprised the magazine Shonibarer Chithi.

A special memorial article in The Wire on the 27th of May this year (commemorative of Nazrul’s birth anniversary on the 25th of May) references one of the more banal interactions of the poet with the stalwart Rabindranath Tagore in 1927 that can be seen, perhaps, as an entirely unambiguous representation of Nazrul’s disgust towards divisive politics and his clear identification of the use of language as one of its bases.

Following Chittaranjan Das’s death in 1925 and the failure of the Hindu-Muslim pact of cooperation he engineered in 1923, Kazi Nazrul found around himself the warning tolls of a swiftly collapsing resistance. In May the next year, he wrote one of his most poignant poems, “Kandari Hushiyar” (Boatman Beware).

Yet, much to his disappointment, he was met with unexpected criticism from his mentor Rabindranath, who, in a lecture to the Rabindra Parishad arranged by Presidency College, Kolkata, lamented that “a young Bengali poet” (implying but not directly naming Nazrul) felt the need to use the word “khun”, as though the Bangla word for blood, rakta, did not afford him enough redness. It was not lost on Nazrul that this jibe was directed at him regarding the use of the word khun in the lines:

“Boatman, before you lies the desert of Palashi,

Where the blood of the Bengali painted Clive’s sword red” [Translation mine.]

Moreover, this was a disagreement the two of them had already had with reference to a different song.

Pained, Kazi Nazrul responded to Tagore in an essay titled “Boror Piriti Baalir Baandh” [The love of the great is a sand bank]. He says, in defence of his literary choice, “This standard complaint coming from Kaviguru is really unwarranted. In a poem addressed to Italy he says “utaaro ghomta”. We are used to hearing “ghomta kholo”…But wherever the word ‘utaaro’ may come from, who can deny the cadence and beauty that emanates from this particular usage? I am tempted to use a foreign word that generates pace, that initiates rhythm, and that is why I end up using Arabic and Persian words. Kaviguru himself has pointed out the triumph of such usage on many occasions in debate and discussion…Yes, I could have [said rakta], but it would have taken away half the vital force of the sentence. Where I used the word “khoon” it was surely in a song, or in a poem, of patriotic zeal, or of apocalyptic fervour.” [Transl. Shameem Daad]

However, his defence exceeds the literary and steps into the socio-political as he laments the strict allocation of Perso-Arabic language to Islam and Muslim literateurs to such an extent, that if a nationalist Muslim poet were to use such language, their secular nationalist status would be redacted in favour of a more fundamentalist “miyan- sahib” status. Yet, throughout his career, Nazrul defied to his best ability, this stereotype, creating in his poetry a language of secular inclusivity- earning, perhaps justifiably, the title of “Rebel Poet” (Bidrohi Kobi).

Notably, his politics were not limited to inclusivity but also encompassed the principle of representation. Perhaps the most important aspect of this is his very verbal inclusion of Muslim readership, so as to invite them to participate in the national struggle, without them feeling underrepresented or even unwanted. He hails the universal muse of poetry with a characteristically Hindu name- Visva-kavyalakshmi- and claims, nevertheless, that she is bedecked in Muslim grandeur. Moreover, he states vehemently that contemporary poets seem to have been forgetting that about half of the recipients of Visva-kavyalakshmi’s presents are Muslim and would like, once in a while, to see themselves represented via poets dressed in “toopi-chapkan” and Islamic imagery and Perso Arabic phrases like “Bageechar bulbul” rather than “phulboner kokil”.

Nazrul was part of a collective of revolutionary nationalist poets called Kallol, who, like many other vernacular poets of the late nineteenth and early twentieth century, believed in and practised the poetics and politics of inclusive growth and literary representation. Yet, their stubborn commitment to their politics earned them much harassment and willful vilification from their contemporaries – and as a result, they never became the popular icons of nation-building that they should have become. In this day and age of rampant Sankritisation and the rapid erasure of minority cultural identities, the socially conscious must ask ourselves, should we not have championed heroes like Kazi Nazrul Islam sooner? Or is there time yet?

She is a student of English Literature at Jadavpur University, Kolkata.