City Polls within 3 Months of Expiry of Tenure 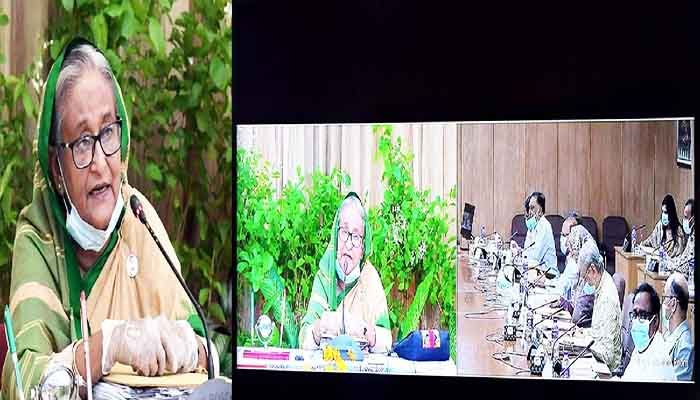 ﻿Election to any city corporation will have to be held within three months instead of the existing six months before the expiry of its tenure, according to the draft of the Local Government (City Corporation) (Amendment) Bill, 2020.

The Cabinet meeting, chaired by Prime Minister Sheikh Hasina, on Monday approved in principle the draft law reducing the timeframe for the arrangement of city elections.

Sheikh Hasina joined the virtual meeting through a videoconference from her official residence Ganobhaban while other cabinet members joined it from the Secretariat.

''Six months or 180 days is practically a long time… Even after taking an oath, they (elected representatives) have to wait for taking overcharges. So, the bill was placed bringing a change to it. Now, the election will have to be held within three months (90 days),'' said Cabinet Secretary Khandker Anwarul Islam at a press briefing after the meeting.

As per the draft law, he said, the charges will be handed over to the newly-elected representatives within 15 working days after they take the oath. ''They (newly-elected representatives) will have to sit in the maiden meeting within 15 days after they take the oath and thus the former corporation will be abolished with the arrangement of the meeting,'' he said.

According to the proposed law, the mayors and councillors of the city corporations will be able to enjoy one-month leave a year instead of the existing three months.

''The three-month yearly leave for mayor and councillors was curtailed to one month as the Cabinet thinks it (three months) is too much. Though they're public representatives, they've executive and regular functions and financial authority,'' said the Cabinet Secretary.

The Cabinet approved the draft of Preferential Trade Agreement to be signed between Bangladesh and Bhutan, while it ratified the Framework Agreement on Facilitation of Cross-Border Paperless Trade in Asia and the Pacific.

Besides, the Cabinet cleared a proposal to celebrate August 8 every year as the birthday of Bangamata Begum Fazilatunnesa Mujib at the state-level and include the day in the Ka Serial (list) of the gazette notification issued by the Cabinet Division.