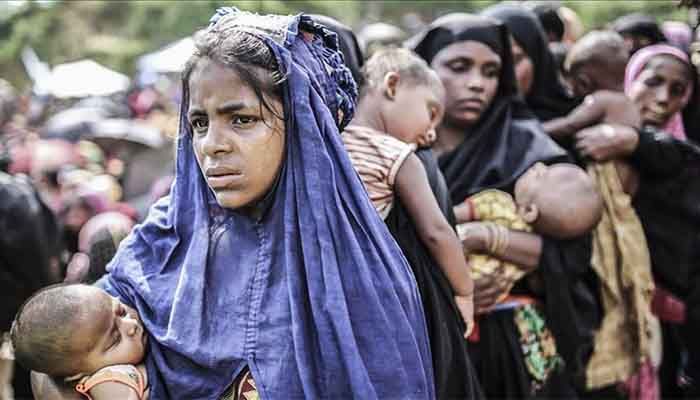 ﻿Foreign Minister Dr AK Abdul Momen on Wednesday sought a durable solution to the Rohingya crisis through their peaceful repatriation and termed the killings at Rohingya camps in Cox's Bazar very sad ones.

"This is very sad. We said before that uncertainty may be created in the region if the Rohingya crisis is not resolved," he told reporters at the Ministry of Foreign Affairs.

He said countries like Japan, China, India and Korea which are investing in Myanmar may not get expected returns on their investment if the Rohingya crisis remains unsettled creating uncertainty in the whole region.

Four Rohingyas were killed and 20 others injured in a turf war at a camp in Cox’s Bazar’s Ukhiya on Tuesday night.

Additional Superintendent of Police Rafikul Islam said they recovered four bodies after the clash which took place around 8 pm in the Choumohoni Tabligh Jamaat Markaj area.

Officer-in-Charge of Ukhiya Police Station Monjur Morshed said they are yet to identify the Rohingyas killed in the clash.

An additional armed battalion has been deployed in the camp after the incident.

Bangladesh is currently hosting more than 1.1 million Rohingyas in the coastal district.

In the last five days, seven Rohingyas were killed in clashes over dominance.

It is unclear how the Rohingyas manage to get hold of firearms. There are allegations that some residents of the camps are involved in criminal activities.

Sources at the Ukhiya Police Station said four cases were filed there until Tuesday.

Police arrested one of the accused – 20-year-old Ziaur Rahman, son of Mohammad Ibrahim, a resident of Kutupalong camp’s block D.

Hundreds of thousands of Rohingyas fled their homeland in Myanmar’s Rakhine state in 2017 after the Tatmadaw launched a brutal offensive targeting the mainly-Muslim ethnic minority.

The overwhelming number of refuge seekers were kept in makeshift camps in Cox’s Bazar which borders Myanmar.

Bangladesh has been urging Myanmar to take back its nationals and the two sides even signed an agreement but there has been no progress.

Prime Minister Sheikh Hasina has said the Rohingyas are not only a threat to the security of Bangladesh but also the region.

Bangladesh has been urging the global community to take effective steps to resolve the crisis.

Last month, Foreign Minister AK Abdul Momen told the 27th ASEAN Regional Forum said there is a high possibility that uncertainty could be created in the region if there is no solution to the problem. This could frustrate the hope for a peaceful, secure and stable region.

"Our fear is that, if this problem is not solved quickly, it may lead to pockets of radicalism," he said reminding all that terrorists have no borders and no faith.