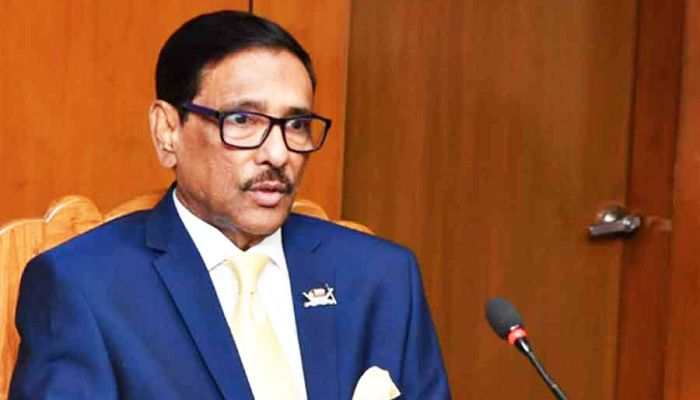 ﻿Urging the political and social organizations not to give shelter to rapists, Awami League General Secretary Obaidul Quader on Wednesday said political parties should not be places of shelter to those who are committing heinous crimes like rape.

''Punishment is not the last word for those perpetrators who are committing such heinous crimes . . . they have to be expelled from the politics forever if they are found to have any political connections'', said Quader while speaking in a development activity review meeting at the Roads and Highways Department at city’s Tejgaon area.

Quader, also the Road Transport and Bridges Minister, said all political and social organizations must remain uncompromised against those criminals. ''No political party should be a sanctuary for those rapists,'' he added.

''Every day, the BNP leaders are making harsh comments against the government in the media but none of them are taken to jail for such comments . . . you are doing so because there is democracy in the country,'' Quader added.

Blasting BNP for carrying out widespread criticism against the government, he said it is the habit of BNP to criticize the government without any valid reason.

Mentioning that COVID-19 is a global crisis, Quader said facing the onslaught of the coronavirus, the government under the leadership of Prime Minister Sheikh Hasina has been working effectively to protect the people who had been affected by the floods and super cyclone Amphan.

Even the diplomats are acknowledging the progress of the country under the dynamic leadership of Prime Minister Sheikh Hasina, he said, adding that on the other hand, BNP is playing an irresponsible role by not standing beside the people.