Bangladesh Rejects Terrorism in All Its Forms, Manifestations: Envoy 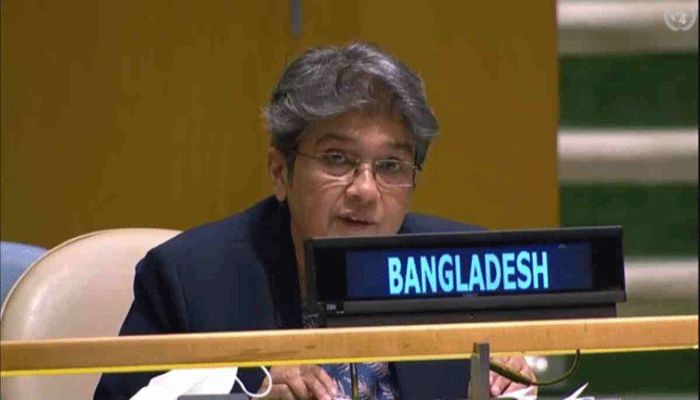 She made remarks at the UN plenary session on measures to eliminate international terrorism on Wednesday, reports UNB.

Fatima mentioned that Bangladesh is a party to all international counter-terrorism instruments and has, at national level, introduced comprehensive legislation, the Anti-Terrorism Act-2012 and the Money Laundering Prevention Act 2009.

In a 'whole-of-society' strategy to fight terrorism, she said, Bangladesh has been investing heavily in national capacity building, including awareness-raising, community engagement and resilience.

Welcoming the adoption in 2006 of the United Nations Global Counter-Terrorism Strategy to set guidelines for global counter-terrorism, Ambassador Fatima urged the international community to closely track the emerging pattern of international terrorism and to identify new strategies for the implementation of different responsibilities under the United Nations Global Counter-Terrorism Strategy.

Stressing the need to conclude a Comprehensive Convention on International Terrorism outlining the root causes of terrorism and concrete steps to resolve these phenomena, the Permanent Representative reaffirmed Bangladesh 's continuing commitment to remain a reliable partner of the international community in all forms and manifestations of counter-terrorism.

The meeting took place in a much-limited capacity at the UNHQs due to the COVID-19 pandemic.