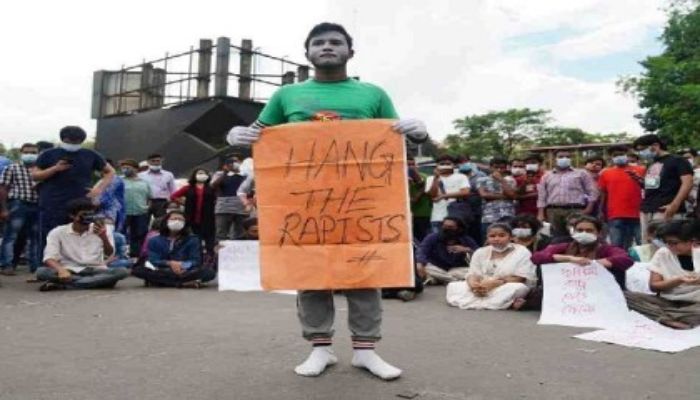 ﻿Two cases filed over torturing of a woman after being stripped in Begumganj upazila of Noakhali have been transferred to the Police Bureau of Investigation (PBI) for further investigation.

The documents were handed over to PBI as per the directive of the Police Headquarters on Thursday night, said Superintendent of Police of Noakhali M Alamgir Hossain.

Earlier, Mostaque Ahmed, a sub-inspector of Begumganj Police Station, was the investigation officers of the cases -- one filed under the Pornography Control Act and the other under the Women and Children Repression Prevention Act.

The housewife of Noakhali's Begumganj upazila was molested by some local miscreants at Ward No. 9 of Eklashpur Union of the upazila last month and a video of the barbaric incident has gone viral on the internet on Sunday.

The incident sparked widespread outrage and criticism in various parts of the country.

Five youths, including Delowar and his associates Badal, Kalam, Rahamat Ullah and Abdur Rahim, molested the housewife on September 2.