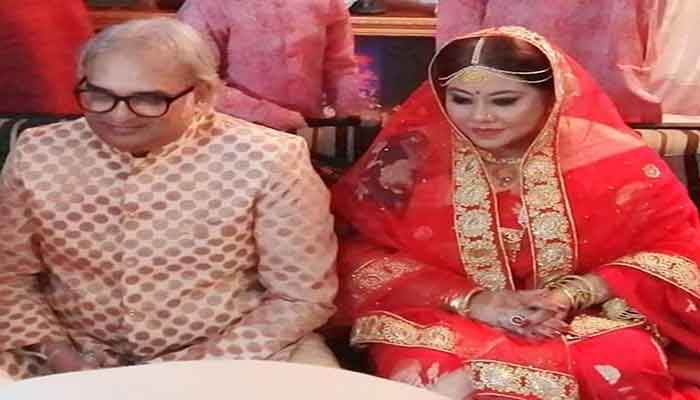 ﻿For the third time on Friday, famous Bangladeshi actress and producer Shomi Kaiser tied the knot. She was married to Reza Amin Sumon, a businessman.

Director Chayanika Chowdhury, also a longtime friend of Shomi's, confirmed this news by posting pictures of the newlywed couple on her Facebook account, reports UNB.

"Congratulations to my friend Shomi Kaiser for your new life. Stay happy always, as you have always wanted to live a beautiful life. The name of Shomi's husband is Reza Amin Shumon. Stay happy and blessed, Love you so much,"  Chayanika wrote in her Facebook post congratulating Shomi and Shumon on their marriage.

The 51-year-old Shomi Kaiser was married in 1999 to Ringo, the Bangladeshi TV director. They did, however, get divorced two years later. She then married a private university teacher, Mohammad Arafat, in 2008.

Shomi began her career as a television actress in 1989, the daughter of the martyred intellectual Shahidullah Kaiser and former Member of Parliament Panna Kaiser, and became one of the versatile faces in the late 1990s. She is also the niece of Zahir Raihan, a legendary Bangladeshi filmmaker.

Currently, she is the Managing Director of Dhansiri Communications Ltd, an advertising and event management company.