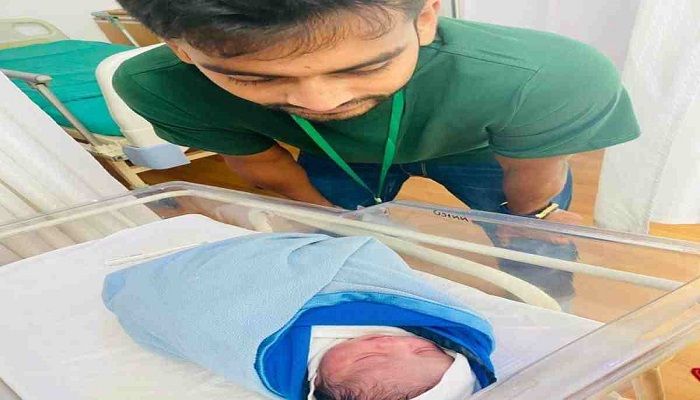 ﻿Bangladesh national team all-rounder Mehidy Hasan Miraz has become the father of a baby boy. He and his wife were blessed with the newborn baby on Saturday in a Dhaka hospital.

''Alhamdulillah— I am really happy to announce that I became the father of a son today. Please, keep my child in your prayers,'' Mehidy wrote on his social media page announcing his fatherhood.

To stay with his wife, Mehidy took a short leave from the ongoing camp of the Bangladesh national team.

He, however, will play in the BCB President's Cup starting from Sunday at Sher-e-Bangla National Stadium in Mirpur.

Till the date, Mehidy represented Bangladesh in 22 Tests, 41 ODIs and 13 T20Is. He was a batsman during his age-level cricket.

But coming into the international circuit, he developed immensely as a bowler. He played a pivotal role when Bangladesh beat England in a Test match for the first time back in 2016.