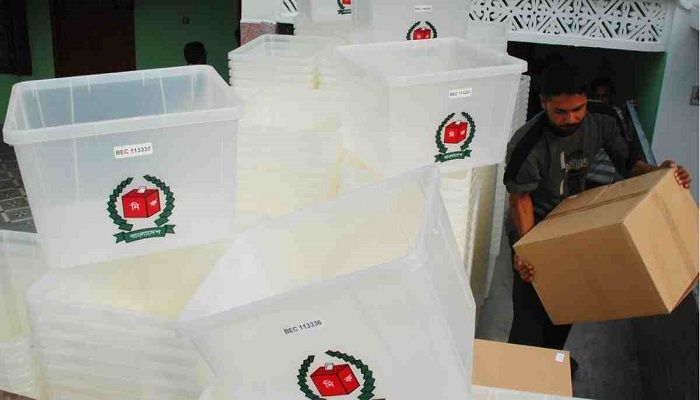 ﻿A youth was killed in a clash outside a polling station in Chandpur during the municipal election held there on Saturday.

The critically injured teenager was given first aid at Chandpur Government Hospital when his friend Riad took him to the hospital. But the on-duty doctor referred him to Dhaka for improved treatment because of excessive bleeding.

Yasin died at 2 pm on the way to Dhaka.

Yasin’s father Harun Mollah said his son was stabbed by Md Shahadat Mizi, 20, who is the son of Mafiz Mizi of Koalia area, during the election violence.

The victim was a tailor and he went there to exercise his vote in the municipality polls, said his mother Amena Begum.

Officer-in-Charge (OC) of Chandpur Model Police Station Md Nasim Uddin said they came to know that both victim Yasin and accused Shahadat are supporters of the same candidate with the poll symbol ''Blackboard''. But the clash ensued following a heated altercation over seniority.

He said the victim's body remained at the police station.

He announced the boycott at 2 pm at a press conference at his election office.

Aktar Hossain alleged that many of his election agents were intimidated, attacked or were not allowed to enter the polling stations.

He also alleged that Awami League men rigged the votes as many voters were not allowed to cast votes after their fingerprints were taken in the electronic voting machines (EVMs).

AL men on behalf of the voters pressed the EVM button, he claimed.

The voting started at 9 am with the use of EVMs and continued till 5 pm without any break.

On September 3 last, the Election Commission last announced the schedule for the regular election of Chandpur municipality.