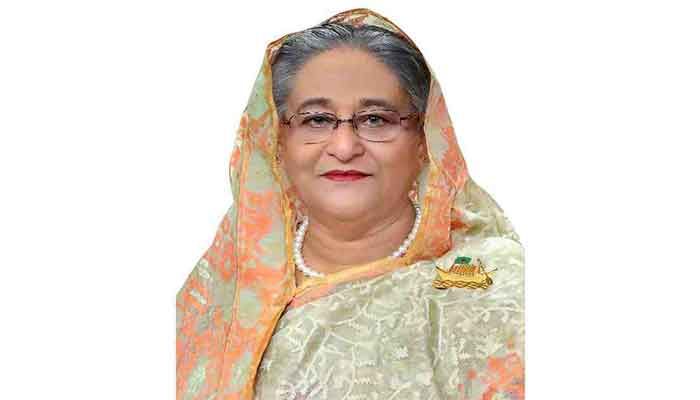 ﻿On Sunday, Prime Minister Sheikh Hasina again directed not to unnecessarily spend a single paisa where public money expenditure is involved, as she fears a second wave of COVID-19 might hit in the coming days.

"There is an apprehension that the COVID-19 pandemic might strike again, as many countries, including Europe, are again suffering from this pandemic. From now on, we all have to stay healthy," she said in a program where she handed the national standard over to ten Bangladesh Army units and organisations, reports UNB.

She entered the programme, which took place virtually from her official residence in Ganobhaban in Savar Cantonment.

She said that for the 2020-21 fiscal year, the government allocated a budget of Tk 568,000 crore, which was a very difficult job due to the COVID-19 pandemic where many countries were suffering from severe economic constraints.

"We have given the budget to defy all odds, we have said that everybody needs to be careful about spending public money, because if coronavirus strikes massively again, then we're going to need a large amount of money, we're going to have to support people again," she said.

In this regard, Sheikh Hasina said that care must be given by the government, medicines procured, more doctors and nurses may be required.

"Considering these we need to maintain austerity, we must not spend extra even a single paisa without any need, we’ve to take this step keeping an eye on the future," she said.

The prime minister also put emphasis on continuing the production of food so that food crisis does not hit Bangladesh.

She said many countries are suffering from food shortages due to coronavirus disease. "But at the right time, we made the right decision in Bangladesh. As a result, we are not facing the crisis," she said.

The Prime Minister urged all to sustain food production as in previous times, saying that the coronavirus still exists in the world and there is an apprehension that this might strike again.

She briefly outlined the government's numerous steps taken in the country 's initial coronavirus stage. "She said," We all have to work so we can face some kind of calamity, and we have to do that.

The Prime Minister said that the Army is the country's asset and a sign of confidence and trust.

"If any army failed to gain the belief and confidence of people then they cannot win. So, you all have to attain honest and glorify life indulged with social and religious values and attain professional skill," she said.

She requested all military personnel to carry out their duties to preserve patriotism and supreme professionalism. She said that they have to work for their protection, because the people of the country are their kith and kin.

Sheikh Hasina said that the key goals of the government are economic growth and stability of the country and it has been working restlessly in that direction.

Earlier, chief of army staff General Aziz Ahmed, on behalf of the Prime Minister, handed over the national standard to ten units and organisations of Bangladesh Army.