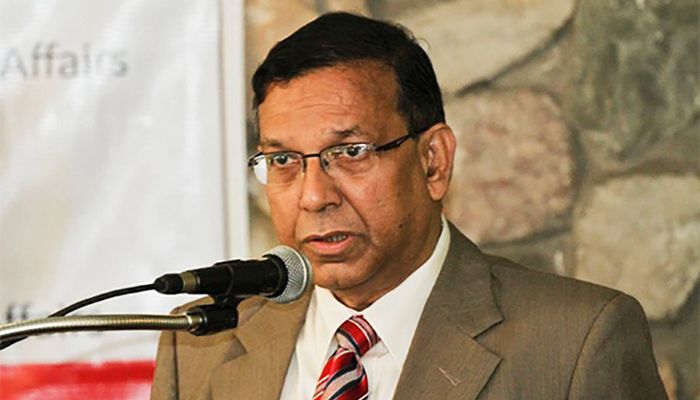 The government will issue an ordinance based on the amended Prevention of Women and Children Repression Act making rape punishable with death tomorrow (Tuesday), said Law Minister Anisul Huq.

He came up with the disclosure after Cabinet approved the bill of the law proposing the death sentence to the rapist on Monday.

President Abdul Hamid will promulgate the ordinance as Parliament is not in session to ratify the law.

Earlier, a person accused of simple rape was punished by life imprisonment as per previous law.

The government's move has come after people burst into streets demanding the death penalty for rapists.

The violation of a housewife by some unruly youths at a hostel of Sylhet MC College followed by the stripping of a woman in Noakhali and videoing the scene sparked bitter criticism at home and abroad.

People from all walks of life have taken to the streets, demanding death sentence for rapists who get off scot-free through legal loopholes.

The demand has gained ground as a group of legal experts are stressing the need for an amendment to the law to make rapists punishable with death.

In Bangladesh, only 3 percent of cases related to violence against women and children see the conviction, as reported by the Women and Children Repression Prevention Tribunal from five districts last year.

The report was disclosed at a national dialogue on action against sexual violence and the inauguration of ''16  days of activism against gender-based violence'' held at a city hotel on November 18, 2019.

The Ministry of Women and Children Affairs and the United Nations in Bangladesh jointly organized the event.