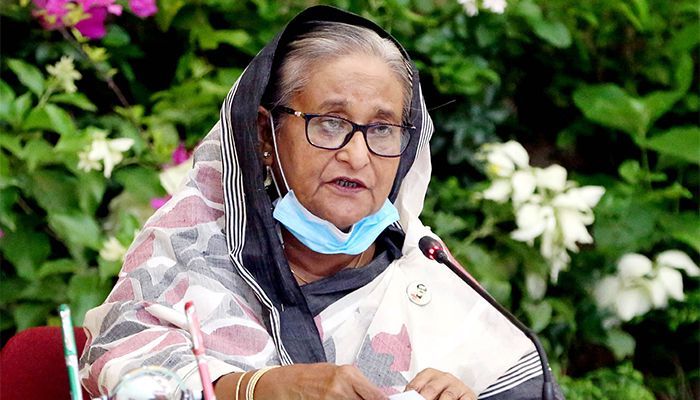 Describing rapists as 'beasts', Prime Minister Sheikh Hasina on Tuesday said the government has to impose the death sentence in the relevant law to save girls from these beasts, reports UNB.

"The rapists are [like] beasts as they exhibit their inhumane nature affecting our girls … we've amended the law and included capital punishment for rape…we've cleared the amendment [proposal] in the cabinet," she said.

The Prime Minister said this while addressing the program marking the International Day for Disaster Risk Reduction 2020.

The Ministry of Disaster Management and Relief organized an event at the Osmani Memorial Auditorium. It was attended by the Prime Minister from her official residence in Ganobhaban.

As the Parliament is not in session now, said Sheik Hasina, the government is promulgating an ordinance to make the amendment successful. "It's our intention to face any problems as they occur and fix them," she said.

The Prime Minister's strong remarks came as demonstrations against the increasing instances of rape, sexual harassment and violence against women are ongoing in different parts of the country.

The theme of this year's International Day for Disaster Risk Reduction 2020 is "Disaster risk governance" while the theme for Bangladesh has been fixed as: 'Good Governance in Reduce Disaster Risk, Ensure Sustainable Development'.

Bedeni Nurunnahar and Md Reazul Huq expressed their feelings as they got disaster resilience houses from the government. Newly-recruited volunteer Kashfia Talukder also spoke at the programme.

Earlier, State Minister for Ministry of Disaster Management and Relief Dr Md. Enamur Rahman, on behalf of the Prime Minister, handed over awards among the winners of best volunteers.

The Prime Minister also inaugurated the newly constructed 17,005 disaster resilience homes and the recruitment of volunteers, and unveiled the cover of the 'Standing Orders of Disaster' book.

As the Prime Minister said, Bangladesh is faced with natural disasters such as cyclone, tidal waves, floods, earthquakes, burning, river erosion and drought.

"These natural calamities will come regularly, we've to live facing all this… that's why we've to remain ever ready to face these and we're doing that," she said.

She said that the government has already begun to introduce a long-term plan called the Delta Plan 2100 to develop the country.

Hasina said that the government is dragging rivers to increase their navigability and depth, digging canals, beel, ponds and wetlands to conserve enough water.

She said that capital dredging should be done for rivers so that they could contain water during the floods.

The Prime Minister said that the government's objective is to promote the preservation of the country's natural balance and overall growth.

The Prime Minister briefly described various measures the government has taken to improve the disaster management system of the country and face the ongoing Covid-19 pandemic.