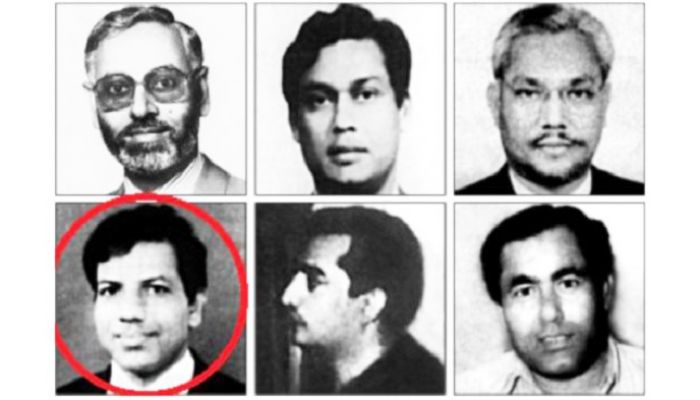 ﻿US Deputy Secretary of State Stephen E. Biegun has assured Bangladesh of extending cooperation in repatriating Rashed Chowdhury, the killer of Father of the Nation Bangabandhu Sheikh Mujibur Rahman living in the USA.

State Minister for Foreign Affairs Md. Shahriar Alam raised the issue with the visiting US Deputy Secretary of State on Wednesday night and sought support from the United States in repatriating killer Rashed Chowdhury.

Deputy Secretary of State Beigun assured him of extending cooperation, said the Ministry of Foreign Affairs.

State Minister Alam also stressed the resumption of visas for Bangladeshi students going for studying in the US in the next Spring session.

Beigun said they are actively considering the resumption of this service at the US Embassy following appropriate health guidelines.

The State Minister hoped that both the countries will work together to restart Biman flights to New York.

The whole range of bilateral political and economic relations between Bangladesh and US including trade, investment, public health cooperation, agriculture and energy cooperation were discussed at length.

Adviser for Private Industry and Investment to Prime Minister of Bangladesh Salman F Rahman was also present during the second segment of the meeting.

Before coming to Bangladesh, Biegun paid a visit to India.

Both sides emphasised the need for close cooperation between the governments of the United States and Bangladesh to address the continually evolving challenges related to health and economy during the current and post-Covid-19 global pandemic situation.

During the meeting, Beigun also highlighted the productive discussion that took place in the last consultation on economic partnership in September and hoped that the two countries can build upon that in the days to come.

The State Minister expressed condolences for the loss of lives in the USA and appreciated the support provided by the USA to Bangladesh in handling the Covid-19 pandemic.

He mentioned the socio-economic development under the prudent leadership of Prime Minister Sheikh Hasina.

Shahriar Alam conveyed thanks for USA’s principled stance and steadfast humanitarian and diplomatic support to Bangladesh in dealing with the Rohingya crisis.

Deputy Secretary Beigun lauded the economic stability of Bangladesh and conveyed the US government’s evolving interest in Bangladesh.

Beigun appreciated the generosity shown by Bangladesh to shelter Rohingyas and assured to continue US support in bringing a peaceful and long-term solution to the problem.

The State Minister thankfully mentioned that the US is Bangladesh’s single largest export destination country and also the largest investor.

Discussions were also held on the future trade possibilities of the US in the large market of Bangladesh.

Both sides expressed their optimism that the US companies may take advantage of the competitiveness of Bangladesh and invest in the country in greater volume particularly in the areas of jute, shipbuilding, leather, ICT, energy, pharmaceuticals and infrastructural development.

He said Bangladesh is willing to invest in the agro-processing sector.

Noting that information and communication technology is a very promising area, Adviser Salman Rahman sought US cooperation in this regard.

Both the leaders agreed to work on the adverse impacts of climate change the world is facing.

Both expressed their high optimism to have regular discussions on various issues of mutual interest.