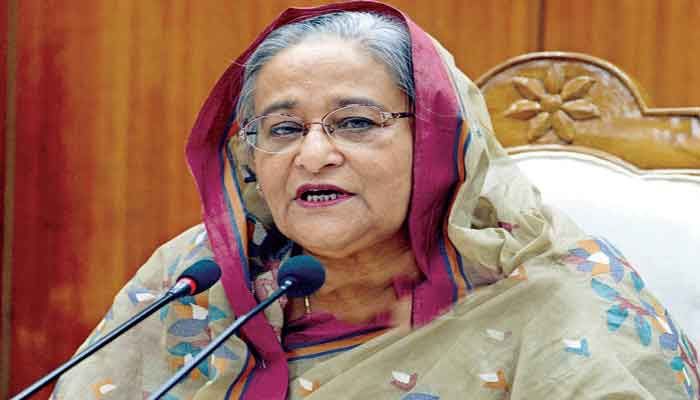 ﻿Stressing the importance of ensuring food security for all, Prime Minister Sheikh Hasina said on Friday that, as a result of the Covid-19 pandemic, the people of Bangladesh must not suffer from food shortage.

"We faced a cyclone, floods and other [problems] in this Covid-19 pandemic, we have to live this way. But we have to ensure food security so that each and every citizen gets food at his or her home," she said, reports UNB.

In order to ensure food security for all, Sheikh Hasina said the government gives immense importance to food production. That's why they all have to go to their land for food production, no matter what the scale, "she said."

The government focused on food production and ensured increased food production when the Covid-19 hit the country, Hasina said. "And there should be food security. There's a chance of starvation as the whole world was standing still, but that must not impact Bangladesh ... Bangladesh's people must not suffer from food shortages."

She said the government has been offering various stimulus packages from the very beginning of the pandemic, worth Tk 112,633 crore, which is four percent of GDP.

She also stated that the agriculture sector alone earned Tk 5,000 crore for the pandemic period as a stimulus package.

The Prime Minister said that during the pandemic, the government issued stimulus packages to keep the wheels of the economy turning and ensure a decent life for individuals. "For that, we have worked tirelessly."

She briefly described various initiatives taken by the government to transform Bangladesh from a food deficit into a self-sufficient nation.

The programme, chaired by Dr Muhammad Abdur Razzaque, Minister of Agriculture, was addressed by, among others, Food Minister Sadhan Chandra Majumder, SM Rezaul Karim, Minister of Fisheries and Livestock, and Matia Chowdhury, Chairman of the Parliamentary Standing Committee on Agriculture.

The program featured a recorded speech by the Director General of the Food and Agriculture Organisation (FAO), QU Dongyu.