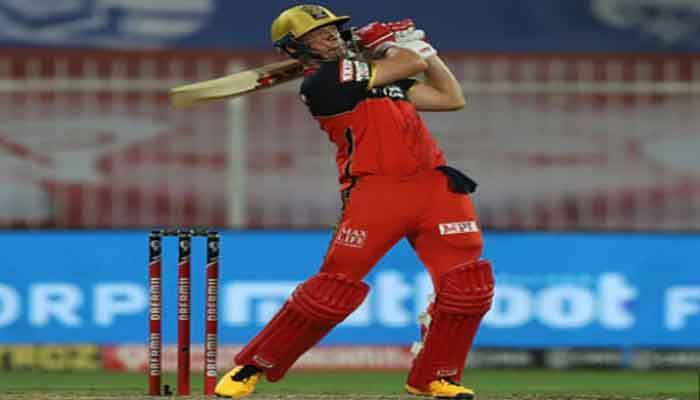 ﻿On Saturday, as Delhi Capitals beat Chennai Super Kings to go back to the top of the table, Shikhar Dhawan hit his first Indian Premier League century.

Another blistering batting display was created by South African veteran AB de Villiers to take Royal Challengers Bangalore to victory over Rajasthan Royals and keep them in the playoff chase, reports AFP.

As they chased Chennai's 179/4 in which Faf du Plessis made 58 and Ambati Rayudu an unbeaten 45, India's opener Dhawan batted through the Delhi innings.

With 14 fours and one six, Dhawan made 101 out of 57 balls, but his partners Shreyas Iyer (23) and Marcus Stoinis (24) hit the boundaries that kept Delhi in the hunt.

To seal the win with a ball to spare, the unexpected IPL contender needed 15 off the last over and it was spin bowler Axar Patel who blasted three sixes.

Delhi now leads the reigning Mumbai Indian champion by two points, while the three-time winner of MS Dhoni, Chennai, has just three wins out of nine games and sleeps in sixth place in the eight team table.

In the opening game of the day, De Villiers hit an unbeaten 55 off 22 balls taking Bangalore from the verge of defeat - needing 35 off 12 balls - to a stunning seven wicket victory that kept Virat Kohli's side in fourth place and the final playoff spot.

The 36-year-old's latest power hitting left both sides in awe.

He hit three straight sixes off Jaydev Unadkat's penultimate over and overtook the 177/6 target with another six off Jofra Archer with two balls to spare.

With Kohli also making 43, Bangalore made 179 for three.

This week, India coach Ravi Shastri said De Villiers was expected to come out of his international retirement.

De Villiers now has the IPL 's highest strike rate after a 55 off 24 balls in a victory over Mumbai and a devastating 73 off 33 balls against Kolkata, and only Sanju Samson is up with his 19 sixes.

He was still "very nervous" going into such a run-chase, De Villiers said.

Bangalore coach Simon Katich called De Villiers a "freak" but knows that if the team is to win their first IPL title, he will need more South African sixes.