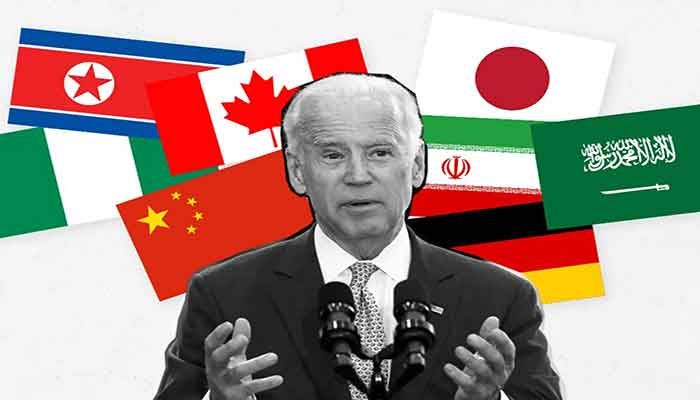 ﻿Joe Biden has vowed to radically change the US' approach to foreign policy and international diplomacy should he win next week's election.

But a lot has happened in four years under Donald Trump that could impede Biden's ability to simply return to the status quo ante. How different would US foreign policy really be under a Biden presidency? What will the two-term former vice president likely be able to change, and what's bound to remain the same, at least for now?

Climate. Biden has said from the get-go that on "day one" he would reenter the Paris Climate Accord that the Trump administration abandoned back in 2019, a move that left global powers scrambling as to how to tackle climate change without the world's second-largest emitter of carbon and largest economy.

The US' official exit only occurs on November 4, a day after the US election, and therefore, Biden could readily recommit to the treaty without having to make up for much lost time (though there are some compliance issues he would need to address).

US allies. Should he win in November, one of Biden's key policy priorities will be repairing damaged alliances, particularly with European partners. (In 2018, for example, German Chancellor Angela Merkel said "we can't rely on the superpower of the United States.") To do so, Biden could readily fall back on deep relations cultivated during his two terms as vice president.

Indeed, to counter Russian aggression, Biden says he will seek to bolster NATO, not only economically, but also by reinforcing the United States' commitment to its shared values.

Iran nuclear deal. Withdrawing from the Iran nuclear deal was one of Trump's signature foreign policies. Biden, on the other hand, says he will rejoin the accord and resume direct negotiations with Tehran on the condition that "Iran returns to strict compliance with the nuclear deal."

While notionally — with the backing of US allies like Germany and France — this process seems achievable in the near term, Biden's plan still relies on the Iranians playing ball. For its part, Iran has its own elections coming up next summer, and as journalist Negar Mortazavi recently told GZERO, the future of diplomacy between the US and Iran is also largely contingent on whether Iran's (anti-American) hardliners prevail at the polls in 2021.

Trade. Biden has said repeatedly that Trump's erratic trade policy has disaffected allies like Canada, Mexico and Europe, and deterred China from making concessions in general. The former VP says he will work with allies to get China in check. But as the global economy suffers its worst recession in decades — while China's economy continues to recover, putting it ahead of other global heavyweights— Beijing isn't likely to stop playing hardball anytime soon. At the same time, even if Biden is committed to reducing tensions with Beijing by eliminating some tariffs on Chinese goods imposed by Trump, walking back on $360 billion worth of dues is never going to be a cakewalk.

Meanwhile, while Biden believes in global economic integration, he has to contend with the Democratic party's dominant pro-labor progressive wing, which would likely complicate his administration's efforts to rejoin multinational treaties like the Trans-Pacific Partnership.

North Korea and arms control. While President Trump has held three face-to-face summits with Kim Jong-un in recent years, relations between Washington and Pyongyong are as tense as ever. Biden says he will rally allies — as well as China — to reengage the North in denuclearization talks. However, Kim has shown very little willingness to do so, and North Korea has in fact recently made progress in developing nuclear weapons that could strike US territory.

While at this stage, Biden has little leverage with the North, he can — and likely will — renew America's commitment to broader arms control by extending the New START treaty — a 2011 deal limiting long-range nuclear weapons between the Kremlin and the Obama administration that expires next February — without preconditions. (So far, the Trump administration has failed to reach an agreement with Moscow on terms for the extension.)

Bottom line: Leaders are always constrained by the actions of those who came before them. In this particularly tumultuous global moment, what Biden wants to do and what he actually can do will be divergent agendas.

*He is a staff writer at GZERO