Over 86 Million Infected with COVID Globally 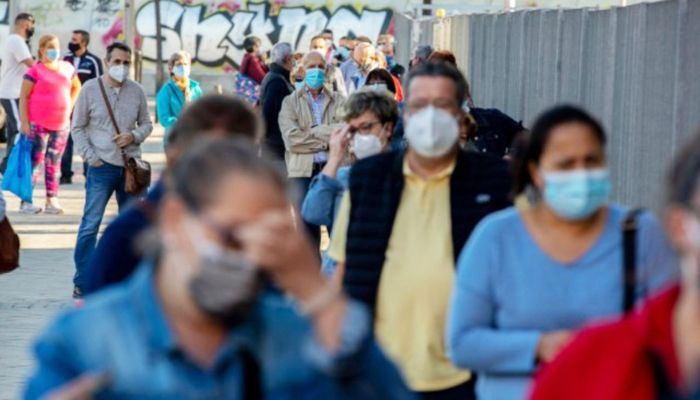 The United States remains the worst-hit country, with more than 21 million cases and 357,166 deaths so far, as per the latest data released by the university.

The US -- where the confirmed cases stood at 21,045,448 -- could soon be giving at least a million COVID-19 vaccinations a day despite the sluggish start, said Dr Anthony Fauci. He has, however, warned of a dangerous next few weeks, reports AP.

The slow pace is, in fact, frustrating health officials and a desperate public alike, with only about a third of the first supplies shipped to the US being used as of Tuesday morning, just over three weeks into the vaccination campaign.

COVID has killed more than 356,000 Americans so far, and the next few weeks may bring another jump in infections nationally that “could make matters even worse", Fauci was quoted as saying.

The South American nation saw 1,171 more deaths from COVID-19 in the past 24 hours, raising the total death toll to 197,732, the Ministry of Health said on Tuesday.

According to the ministry, tests detected 56,648 new cases of infection in the same period, bringing the accumulated caseload to 7,810,400 since the onset of the pandemic in Brazil at the end of February.

The deaths reported on Tuesday were the second-highest single-day fatalities since September, after 1,194 patients died on December 30.

In neighbouring India, deaths due to the COVID-19 pandemic touched 149,850 on Wednesday, while the total caseload stood at 10,356,844, according to data released by the federal health ministry.