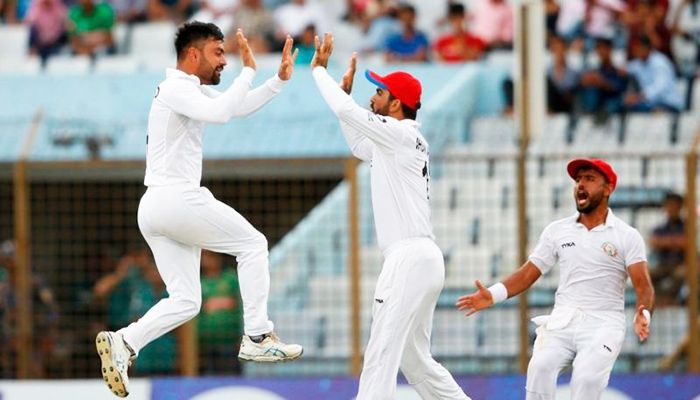 Bangladesh was ranked 10th in the Test rankings and Afghanistan was ranked ninth in the lates International Cricket Council's rankings on Wednesday.

When Ariful Islam Rony, a sports journalist from Bangladesh, asked the ICC about this, the ICC admitted its mistake and said in a return message that Afghanistan should not be here.

Ariful Islam Rony told BBC Bangla, "Since Afghanistan or Bangladesh have not played a Test match in the past, a suspicion has arisen in me. I also wrote on Facebook and sent an e-mail to the ICC asking what the change was."

Afghanistan has not played the minimum number of Test matches it takes to get a place in the ranking table. The ICC conducts an annual update every year.

Although Afghanistan's rating points are higher than Bangladesh's, a minimum number of Tests must be played.

ICC thanked Mr Islam and said that Afghanistan should not be at the ranking table now. Afghanistan has been dropped from the list after revising the rankings, and the International Cricket Council has given a new ranking of nine teams.

However, the calculated rating points of Afghanistan will be higher than that of Bangladesh.

If Afghanistan gets a place in the Test rankings and if Bangladesh does not get any rating point till then, then Afghanistan will get a place at the top.

Afghanistan made its Test debut in June 2017 after gaining Test status in 2017.

So far in four Tests, Afghanistan has won two and lost two.

In the match between Bangladesh and Afghanistan, Afghanistan got a big victory of 224 runs in September 2019.

Bangladesh has so far lost the first Test match with all the teams.

Bangladesh won a Test against Zimbabwe in 2020.

But Bangladesh has lost all the Tests by a huge margin from February 2019 to the match against Pakistan in 2020.

With the exception of one, all the rates are in the innings.