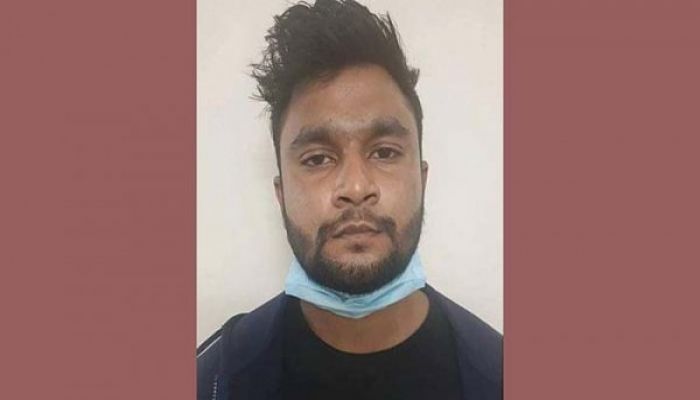 Police on Friday sought a 10-day remand for Iftekhar Fardin Dihan, the lone accused in a case filed over the murder of an O level student of Mastermind School after rape in Kalabagan area of the capital.

A remand petition has been submitted to the Dhaka Chief Metropolitan Magistrate's Court to this end, reports media.

In the case, the complainant alleged that Fardin had tricked his daughter into going to his apartment and raped her when his family members were not at home.

Due to the rape, the victim blew profusely and was unconscious. Fardin then took her to the hospital to deflect the blame, the victim's father claimed.

Sajjadur Rahman, Dhaka Metropolitan Police (DMP) Deputy Commissioner (DC) of Ramna division, said that they have to wait for the forensic report to be ensured whether the girl was raped before killing.

Anushka Amin Arna, daughter of Al Amin, was killed following gang-rape at Kalabagan by Iftekhar Fardin Dihan and some of his friends on Thursday afternoon.

Kalabagan police arrested four rapists, including main accused in the incident Dihan, immediately after the incident.

Mohammad Sharif, the deceased's brother-in-law, told the Daily Sun that Anushka, an O-level student at Mastermind School, was going to a coaching center from her home in Kalabagan at noon.

At that time, one of her friends called her and took her to Dolphin Lane.

The main culprit Fardin and his three friends forced her to stay and raped her one after the other, he said.