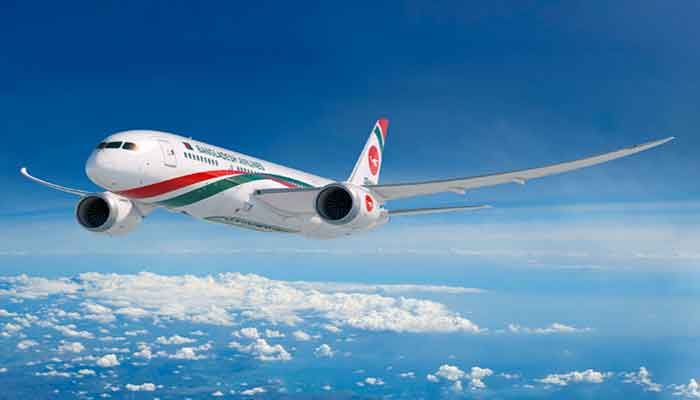 Taking into account the Covid-19 situation in the country, Biman Bangladesh Airlines has extended its suspension of flights on five international routes till February 28.

According to a message posted on the national flag carrier's website on Tuesday, the routes are Manchester, United Kingdom, Medina, Saudi Arabia, Kathmandu, Nepal and Kuwait City of Kuwait.

However, flights on the other routes will operate normally.

After improving the situation, it will decide to launch flight operations on those routes, the national flag carrier said.

As of 21 March, all domestic and international flights have been shut down by the Civil Aviation Authority of Bangladesh (CAAB) in an attempt to curb the spread of Covid-19 in the country.

On 1 June, after more than a two-month suspension, CAAB approved the service of all domestic flights maintaining social distance and following health guidelines.

International flights from the country then resumed on 16 June, in line with the government and CAAB's decision, except for five routes, after almost three months of suspension aimed at containing the Covid-19 pandemic.