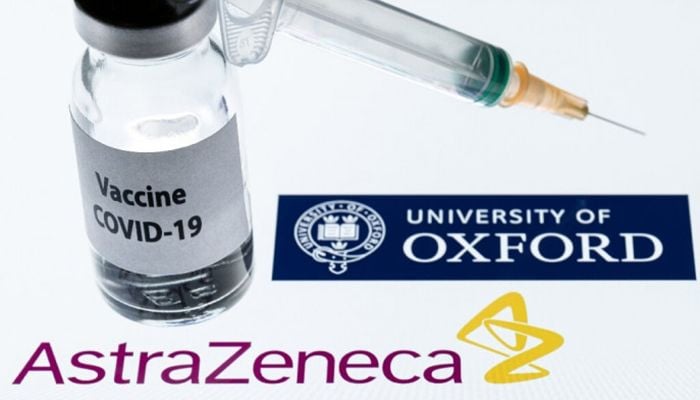 ﻿Two research teams from Germany's Greifswald University and the Norway's University of Oslo claimed they have an explanation for the blood clots reported in people who received Oxford-AstraZeneca's Covid-19 vaccine.

According to the research teams, Oxford-AstraZeneca's vaccine causes the body to produce antibodies - normally used to fight off infections or pathogens - which mistake platelets in the blood for foreign invaders and attack them, reports the Daily Mail.

To compensate, the body then overproduces platelets which cause the blood to thicken and risks clotting.

Two separate research teams in Germany and Norway found the shot may, in very rare cases, cause the body to attack its own blood platelets, triggering deadly clots in the brain.

Scientists said patients who went on to develop the brain clot were likely to suffer severe headaches, dizziness and loss of vision in the days after being vaccinated; and added that the condition could be diagnosed with a simple blood test and quickly treated with blood-thinning medication.

The German team, which collaborated with scientists in the UK, Ireland and Austria, said its findings meant people should not fear the vaccine. However, Norway's health ministry has used the results to extend its ban on the British-made vaccine until further tests are done.

Neither the German nor the Norwegian findings were published or peer-reviewed.

Andreas Greinacher, professor of transfusion medicine at the Greifswald University Clinic, said his team would submit the results for publication to the British medical journal The Lancet in the coming days.

The German team looked at nine cases of blood clots reported in Germany and Austria after getting the AstraZeneca vaccine.

Seven patients had cerebral venous thrombosis (CVT), which is a blood clot in the brain; one had a pulmonary embolism, and one had CVT had splanchnic vein thrombosis, which occurs when a vein in the abdomen clots.

Blood samples from four of the individuals showed they had the same kind of antibodies that activate platelets and initiate clotting in HIT. The samples were then compared to 20 individuals who were given the AstraZeneca vaccine and did not experience blood clots.

The researchers advised anyone receiving the AstraZeneca vaccine to keep an eye out for any bruising, swelling or headaches that begin four or more days after being immunised.

If vaccine recipients identify any of these symptoms early on, the situation can be treated easily by a doctor.

Meanwhile, a group of researchers in Norway say have been studying three cases of blood clots post-AstraZeneca vaccination.

Professor Pål Andre Holme of Oslo University Hospital told Norwegian newspaper VG that he's reached the same conclusion, that is due to antibodies causing an overreaction to the vaccine.

"Our theory that this is a strong immune response that most likely comes after the vaccine," Holme said.

"There is no other thing than the vaccine that can explain this immune response," he added.

More than a dozen European countries suspended the AZ jab last week after more than 30 patients suffered cerebral sinus vein thrombosis (CSVT). The extremely rare condition, which sees a major vein in the brain become blocked, is thought to have affected fewer than one in 2million vaccinated people. Most of the patients were under the age of 55 and a disproportionate number were women.

Drugmaker AstraZeneca still maintains that the clots are not occurring anymore frequently than they would in the general population, a claim which has been echoed repeatedly by medical regulators in the UK and EU.