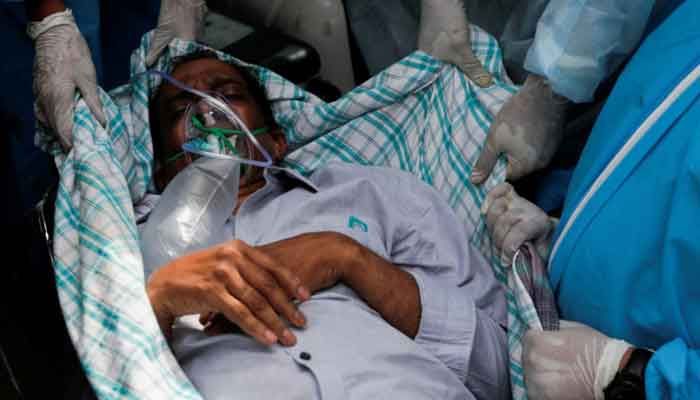 A patient suffering from coronavirus disease (Covid-19) is evacuated from a hospital after it caught fire in Virar, on the outskirts of Mumbai, India, April 23, 2021. Photo: REUTERS

"Just as India sent assistance to the United States as our hospitals were strained early in the pandemic, we are determined to help India in its time of need," Biden said on Twitter after the White House announced a list of measures. 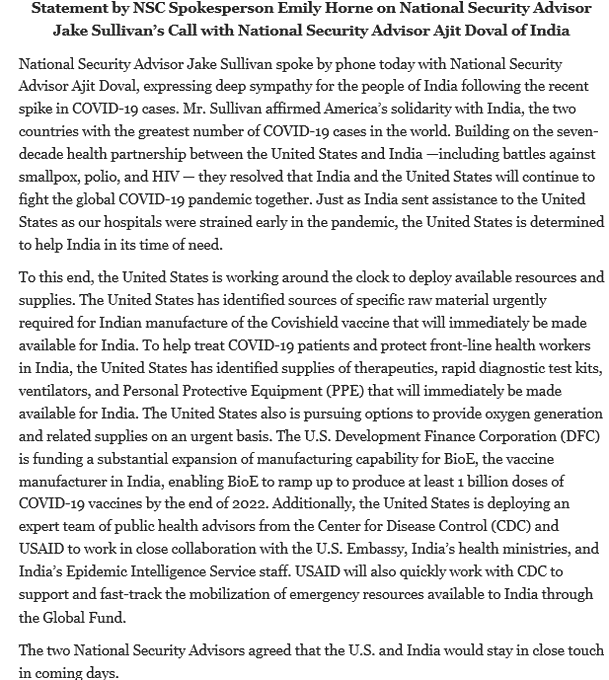 National Security Council spokeswoman Emily Horne said US officials were "working around the clock" to deploy available resources and supplies to help India manufacture the Covishield vaccine and tend to the millions of Indians who are sick and dying. The United States will also send therapeutics, rapid diagnostic test kits, and ventilators.

Washington was under mounting pressure to help India, the world's largest democracy, after Britain, France and Germany pledged aid over the weekend.

Indian Prime Minister Narendra Modi urged all citizens to be vaccinated and exercise caution, as the country set a global record for new Covid-19 infections in a single day.

"Let's use the US military and get as much oxygen and AstraZeneca doses to India as fast as we can," he said.

The top US infectious disease official, Dr. Anthony Fauci, told ABC News on Sunday such a move was "something that certainly is going to be actively considered."

AstraZeneca's vaccine is not yet approved in the United States, which has stockpiled millions of doses, and top US health officials have said they have enough doses of approved versions by three other drugmakers to inoculate all Americans in coming weeks. The nation's top business lobbying group has also pushed the administration to send AstraZeneca's vials to countries grappling with rising cases.

The White House had no comment on the possibility of providing AstraZeneca doses to India.

Ashish Jha, dean of the Brown University School of Public Health, said the engagement of top Biden administration officials reflected a welcome "seriousness of purpose" in addressing the crisis in India, but details were lacking.

He said the messaging around any loan of AstraZeneca doses should be carefully prepared to avoid the impression that Washington would be offloading "something that it doesn't want."

Senior US officials have expressed concern that new variants of the virus emerging in India could undermine progress made in the United States in fighting the pandemic.

The new wave of infections also threatens the economic recovery of India, the sixth-largest economy in the world.

Horne said the United States would send a team of experts to work with India from the Centers for Disease Control and Prevention and US Agency for International Development.

In addition to the immediate aid, the US Development Finance Corporation will fund a substantial expansion of manufacturing capability for Indian vaccine maker Biological E Ltd, or BioE, enabling the company to produce at least 1 billion doses of Covid-19 vaccines by the end of 2022.