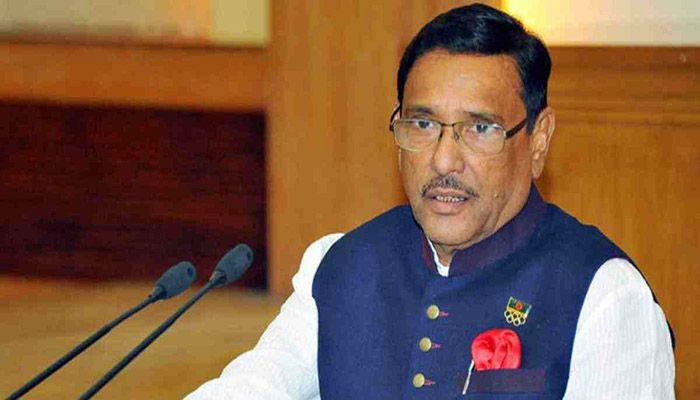 ﻿Awami League General Secretary Obaidul Quader said Bangladesh, which was a backward nation 12 years ago, is now marching forward on the development highway at an indomitable speed under the dynamic leadership of Prime Minister Sheikh Hasina.

“Today’s Bangladesh is very different in development and achievements from the Bangladesh of 12 years back. Now Bangladesh’s per capita income has raised to $2227 which couldn’t be imagined earlier,” he said.

Quader, also road transport and bridges minister, was addressing as the chief guest the triennial conference of Chattogram City unit of Awami Swechchhasebak League (ASL) joining it virtually from his official residence in the capital.

Quader said the huge achievements and development of Bangladesh has become a matter to suffer from jealousy for BNP and that is why the party wants to thwart the country’s journey towards prosperity by hatching different conspiracies.

BNP wants to fish in troubled water by creating unrest in the country, he said.

The AL general secretary said when the people started getting benefits of development of Sheikh Hasina’s government, BNP and its cohorts are out to carry out different evil attempts to halt the country’s positive trend of development and progress.