"Crisis" to Be Aired on Eid-ul-Adha 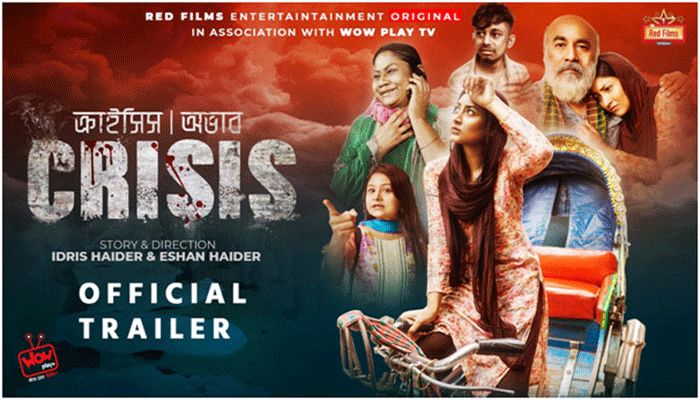 ﻿Lockdown has affected theatre across the country due to the coronavirus pandemic. But the playwrights have not stopped at this inopportune time of the country. A number of dramas are being released on the YouTube platform ahead of Eid-ul-Adha, reports media.

Meanwhile, in the drama "Crisis" the real picture of poverty is presented by the director Idris Haider and Ishan Haider. The play is produced by Wow Play TV. The trailer of the play has already been released. Actress Zara Jaya set foot on the small screen through this drama. Besides, Harun Rashid, Sayla Sathi, Reshmi, Yasin Adnan, Shakib, and many others have acted in the play. Bablu Kabir has given voice in one of the songs of the play and the music has been directed by Hasan F. Jet.

The entire drama will be released on this Eid-ul-Azha on Red Films Entertainment's YouTube channel and on Facebook's Wow Play TV. Regarding the play, producer Idris Haider said, “The story of the play is based on the lack of the poor in the lockdown. The audience will love watching the play and will be able to learn a lot. I couldn't contain my emotions at some point during the shooting of the play. " Every actor in this drama has performed well.