The Taliban Must Stop Occupying Their Brother's Land: Erdogan 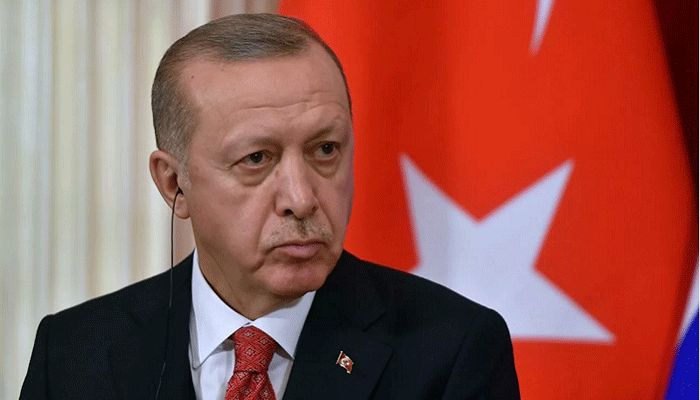 On Monday (July 19th)  President Erdogan made the call to the Taliban at a news conference before leaving for northern Greece , reports Reuters.

The Taliban recently warned against Turkey's decision to take over security at Kabul airport following the withdrawal of US troops from Afghanistan. The Turkish president has said he wants to talk to the Taliban about the issue.

Referring to the ongoing conflict in Afghanistan, Erdogan said the Taliban's approach to the war was not a "Muslim-to-Muslim" approach.

At a NATO summit in Brussels last month, US President Joe Biden called on Turkish President Recep Tayyip Erdogan to take over security at Kabul airport.

The Turkish president later said that after the US troops left, his country's troops would take over security at Kabul airport and that they would do so "in the best possible way." The Taliban has strongly opposed Erdogan's remarks, saying the Turkish military presence in Afghanistan would be seen as a "continuation of the occupation."

The Taliban warned in a statement that "if the Turkish authorities do not reconsider, the Afghan people, out of their faith and nationalist sense of responsibility, will build up the resistance that they have for the last 20 years against the occupying forces." ”

Asked about this on Monday, President Erdogan said there was no mention in the Taliban statement that "we do not want a Turkish military presence in Afghanistan."

The Afghan government, however, welcomed the Turkish decision, saying that if Turkish troops were stationed at Kabul airport, they would be able to protect the airport from Taliban attacks.