AstraZeneca Vaccine to Arrive from India in October: Health Min 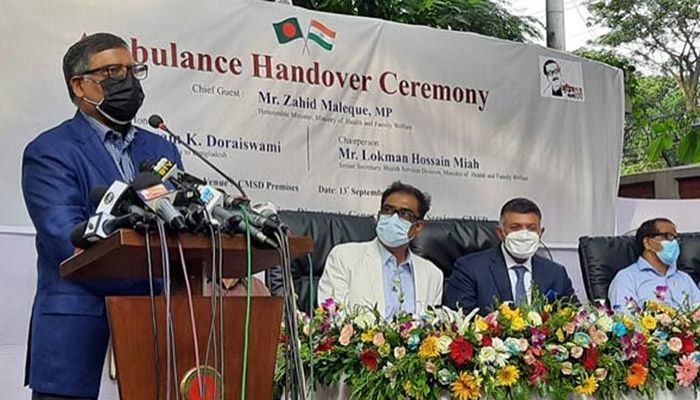 ﻿Health Minister Zahid Maleque has said that the AstraZeneca vaccine bought from the Serum Institute of India will arrive in October.

He made the remarks at a handover ceremony of 109 ambulances donated by India at the central pharmacy premises in the capital's Tejgaon on Monday (September 13th) afternoon.

Indian Ambassador to Bangladesh Vikram K Doraiswami handed over the keys of the ambulance to Health Minister Zahid Maleque.