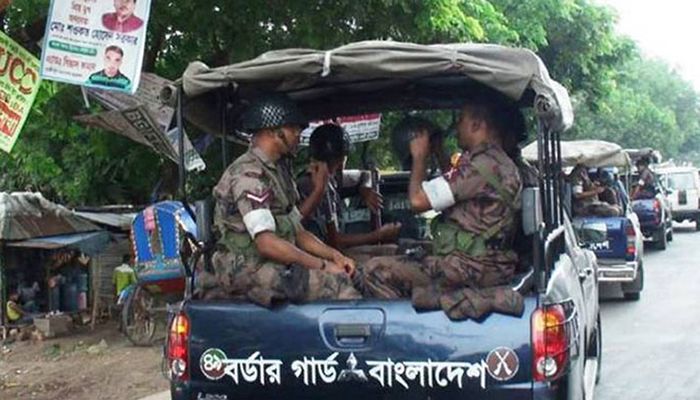 ﻿As tensions escalate over the alleged desecration of the Holy Quran in Cumilla, Border Guard Bangladesh (BGB) troopers have been deployed in 22 districts throughout the country to enforce peace and order.

Meanwhile, at least three people were reportedly killed and several others injured after clashes erupted in Chandpur last night following the Cumilla incident. Besides, attacks on puja mandaps were also reported in Gazipur today.

The Press Information Department issued a press release about the incident earlier on Wednesday.

"The news of demeaning the holy Quran in Cumilla has come to the notice of the government and it is being investigated."

Earlier on Wednesday, a press note was issued by the Press Information Department addressing the incident.

"Don't take law into your own hands. Everyone should maintain religious harmony and peace."

"Anyone involved in destroying religious harmony [in the country] must be brought under the ambit of law and arrangements be made to give proper punishment," the state minister added.