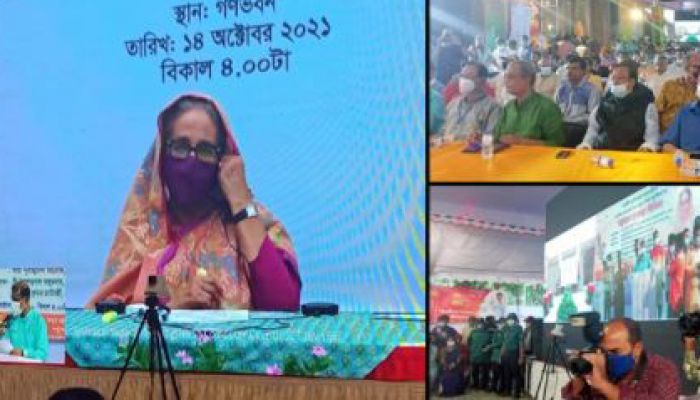 The exchange of greetings began on Thursday (October 14) at 4 pm on the fourth day of Durga Puja.

Prime Minister Sheikh Hasina joined as the chief guest in the virtual exchange of greetings. At that time, all the worshipers stood up and greeted the Prime Minister. Advocate Kishore Ranjan Mandal, General Secretary of Mahanagar Sarvajanin Puja Committee will give a welcome speech on the occasion.