Children for Urgent Action on Issues That Matter to Them 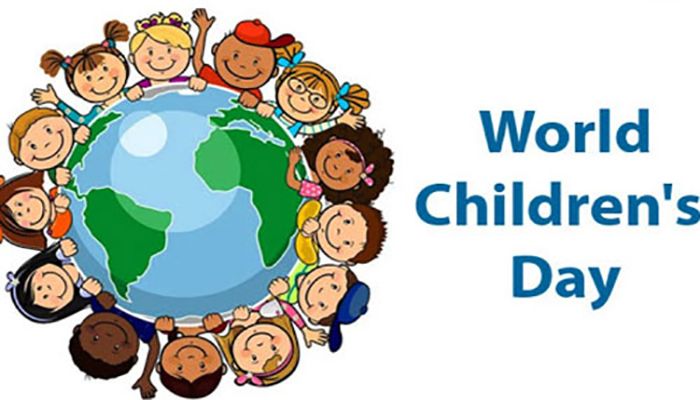 Children and young people in Bangladesh, Colombia, Fiji, Gambia, Indonesia, and elsewhere on Sunday took over newsrooms, newspapers, and broadcast studios to report on issues that matter to them, reports UNB.

Child journalist Rupkatha Rahman took over as the editor of the Prothom Alo for one day on the occasion of World Children's Day.

Children and young people are raising their voices and demanding urgent action on the issues that matter to them in a series of global and local events to mark World Children’s Day, UNICEF’s global day of action for children, by children.

From headlining at the world expo, to meeting with presidents, leading public debates, and reporting from newsrooms, young people are engaging world leaders, businesses, and high-profile stars on issues including climate, equality and kindness.

"The road to recovery from COVID-19 must put children and young people at the heart of decision-making. As the leaders of tomorrow, they have the right to shape decisions made today.”

This week, UNICEF and Gallup launched the first-ever intergenerational poll on childhood today, showing that young people are 50 per cent more likely than older generations to believe the world is becoming a better place, but are impatient for action on mounting crises such as COVID-19 and climate change.

To hear and amplify their calls for a better world, presidents, ministers, and businesses joined children and young people at virtual and in-person events, including:

In West and Central Africa, UNICEF kicked off its first annual ’Youth Voices from the Sahel’ public debate, focusing on climate change, and bringing together experts, political stakeholders, high-profile individuals, and more than 100 young people aged 8-25 to debate and deliver a set of recommendations for leaders.

Children and young people hosted a meeting with the Presidents of Botswana, Namibia, Zambia, and Zimbabwe at the Kazungula Bridge where the borders of all four countries meet.

The bridge was also lit up blue in symbolic support for children. Heads of states, ministers and members of governments met with children in other countries including Denmark, Guinea Bissau, Guyana, Oman, Turkey, and Switzerland.

UNICEF Goodwill Ambassador Millie Bobby Brown called for children not to give up on adults in this year’s World Children’s Day signature video.

In a reverse to the norm, Brown points out how children are often given instruction from adults, and now calls for adults to listen to children.

In the spirit of children and young people’s participation, UNICEF launched its first global TikTok activation designed by young creators with the support from TikTok.

Focusing on the positive impact of youth advocacy, the #OlderSelfTalk activation asks young people to have a conversation with their older self on some of the current issues that matter to their generation.

Iconic landmarks and buildings around the world turned blue as a symbol of unity, including the Tour Eiffel in France, the The Rashtrapati Bhavan in India, the Dharahara Tower in Nepal, Expo 2020 Dubai in the UAE, the Historic Victoria Falls Bridge in Zimbabwe, the Lahore Fort in Pakistan, Petra in Jordan, a section of the Great Wall in China, Chichen Itza in Mexico, the Bran Draculas Castle in Romania, and other buildings and landmarks, including in Bosnia and Herzegovina, Germany and Panama. ​

In addition to these appointments, UNICEF Youth Advocates and young National Ambassadors around the world were appointed to help raise children and young people’s voices.