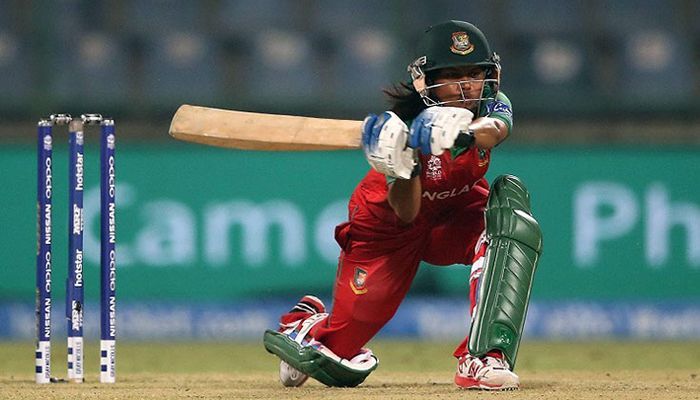 ﻿Bangladesh Women defeated the United States by 270 runs in the second match of the World Cup qualifiers on Tuesday, owing to Sharmin Akhter Supta's magnificent century.

Bangladesh reached 322 for 5 after their allotted 50 overs, with Sharmin unbeaten on 130 off 141 balls. She and Murshida Khatun put together a 96-run opening partnership before the latter left for 46 runs. Nigar Sultana Joty, the skipper, then came in and produced a cameo of 33 runs off 26 balls. Fargana Hoque Pinky walked away with a fifty and a score of 67.

However, this match is not getting ODI recognition as the USA Women do not have ODI status. A few days ago, the ICC decided to count the 50-over matches as List-A, so it will be recorded as a List-A hundred for Sharmin.

Moksha Chaudhary took a brace of 64s in her ten overs for the USA.

For US Women, chasing down a huge 323 has never looked like a good idea.

From the start of their chase, they kept losing wickets at regular intervals and were eventually swept out for a pitiful 52.

Tara Norris and skipper Sindhu Sriharsha were the only ones to achieve double figures.