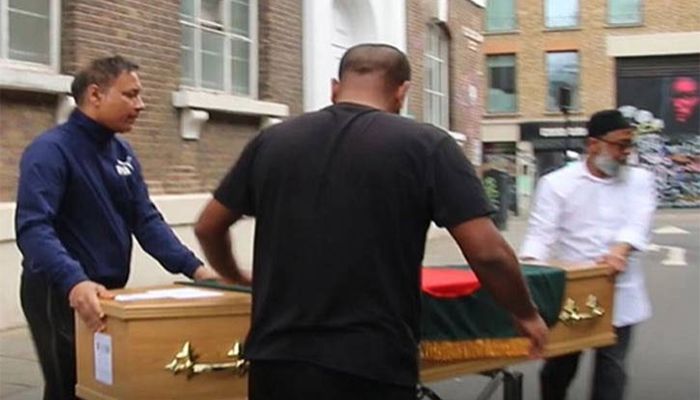 The body of Gaffar Chowdhury arrived at Hazrat Shahjalal International Airport in Dhaka on Saturday (May 28) at around 11 am on a Bangladesh Airlines flight.

It is learned that the body of Gaffar Chowdhury will be brought to the National Shaheed Minar today at 1 pm for paying homage.

Janaza will be held at the Central Mosque of Dhaka University at 3:30 pm. Gaffar Chowdhury's body will be brought to the National Press Club at 4 pm. Later at 5.30 pm, his body will be buried at Mirpur Martyred Intellectuals Graveyard.

Gaffar Chowdhury, 7, died on May 19 at Barnet Hospital in London, UK. He was suffering from various complications of old age including diabetes and kidney disease.