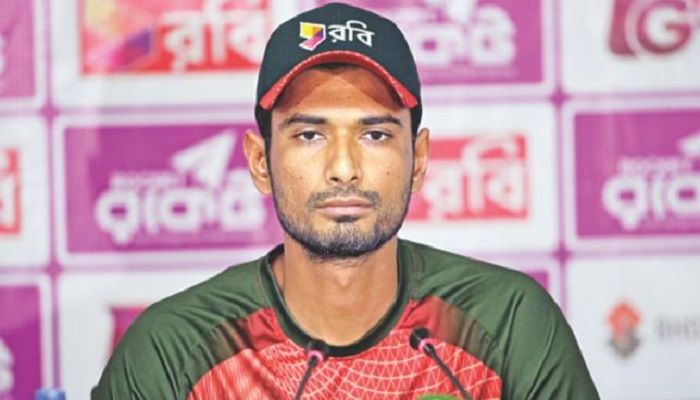 The captain reiterated that they were lagging behind big teams in the T20 format because of their inability to rectify mistakes that have been occurring frequently in recent times.

Bangladesh were in a favorable position to win the game as Mohammad Naim and Mohammad Mithun put up a 97-run partnership for the third wicket.

Naim, who struck 81 off 48, was in brilliant touch and played what should have been a match-winning knock. Needing 69 from eight overs and with the likes of Mushfiqur Rahim and Mahmudullah Riyad still to come, Bangladesh innings collapsed in a heap after the third-wicket stand was broken.

'Once you lose momentum in T20 cricket, it is hard to get it back. We were so close but losing three-four wickets in the space of seven deliveries was the crucial part,' Mahmmudullah commented

'I don’t know if its lack of composure,' Mahmudullah said, looking for an explanation for the batting debacle.

'The big sides finish the game off in these sorts of situations. The wicket was good and the bowlers did really well to restrict them below 180.'

Bangladesh lost their last eight wickets for 34 runs and were bowled out for 144 after they were 110 for 2 at one point. 'It was our fault we could not finish it off,' the skipper lamented