The film 'Dangal' is based on the Phogat sisters 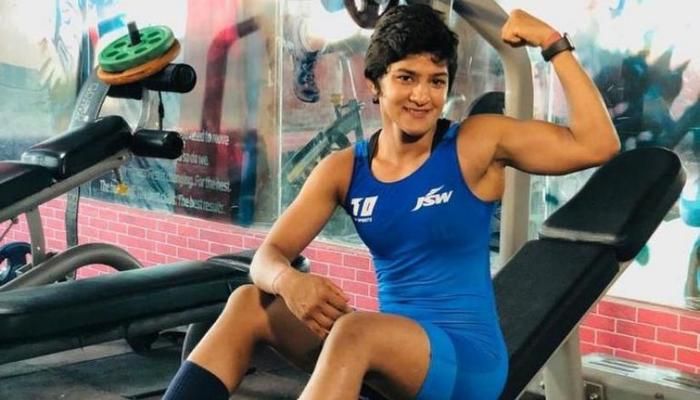 Ritu Phogat has signed with EVOLVE MMA which is a a Singapore-based Mixed Martial Arts organisation.

Competing at the Olympic Games is the dream of most athletes but Indian wrestler Ritu Phogat has always wanted to create a different destiny.

Phogat won gold at the 2016 Commonwealth Wrestling Championship but switched to the combat sport of mixed martial arts (MMA) in February, much to the disappointment of India's wrestling federation who saw her as a strong medal contender in the 48kg category at Tokyo 2020.

Phogat, who will make her MMA debut against South Korea's Kim Nam-hee at One Championship's Age of Dragons event in Beijing on Saturday, says she never gave much thought to qualify for the Olympics.

"It never crossed my mind," she told Reuters by telephone from Singapore where she trains. "I always wanted to do something different.

"I want to win a World Championship belt for India. I want to be the first in mixed martial arts to win that for my country."

The 25-year-old is from one of India's most famous wrestling families.

She started in the sport aged eight, under the instruction of her wrestler father Mahavir Singh and followed in the footsteps of her elder sisters Babita and Geeta, who have both won Commonwealth Games gold.

The Phogat sisters achieved cult status in 2016 when the film 'Dangal', which is based on the family's story, became the highest-grossing Indian movie ever made.

Before they were famous, however, growing up in their village in Haryana was tough.

"We struggled to fit into society," Ritu Phogat said. "Our family was surrounded by naysayers in those early days, but we had each other for support. Together we found a way to block out all the outside noise."

The sisters are very close – Babita and Geeta sprung to Ritu's defence when her decision to quit wrestling drew criticism on social media earlier this year.

MMA is the third-most-popular sport in the world, behind soccer and basketball, according to Nielsen. India alone accounted for nearly 100 million viewers last year, Rajesh Kaul, the head of Sony Pictures Networks India's sports business, told the Hindu newspaper March.

Phogat has trained in Brazilian jiu-jitsu, boxing, and muay Thai ahead of her MMA bow but she remains a wrestler at heart.

"My natural style makes it much easier to control all the takedowns ... I hope I can use that to my advantage," she said.