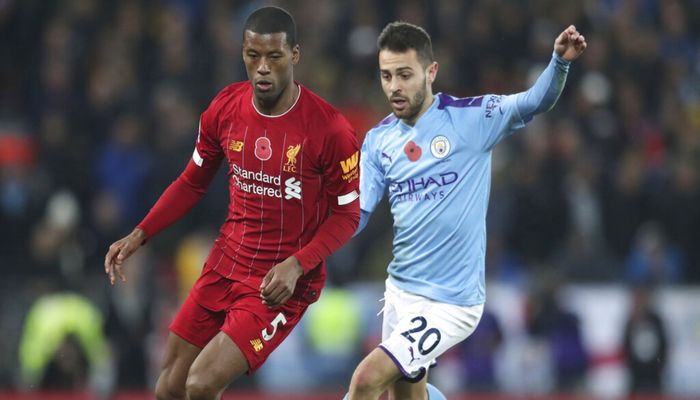 Bernardo Silva will miss Manchester City’s trip to Chelsea after being banned for one game for posting a tweet which compared teammate Benjamin Mendy to the character on a packet of Conguitos chocolates.

The midfielder admitted to an "aggravated breach" of rules because the post referenced race.

He was also fined 50,000 pounds ($64,000) and ordered to complete face-to-face education. The Premier League game Silva misses at Chelsea is on Nov. 23, after the international break.

The FA commission accepted Silva “did not himself intend the post to be insulting or in any way racist” and was a “joke between close friends.”

But the FA verdict added “that his was not a private funny communication between two friends. The post was on a social media platform exposed to the 600,000 followers of a high-profile and well-respected professional footballer.”

Silva wrote a letter to the FA, expressing regret for any unintentional offense caused by the tweet.

It shows a picture of Mendy when he was a kid alongside the character found on a packet of Conguitos, which are chocolate-covered nuts made in Spain. Both Mendy and the character are black.

Mendy, who is close friends with Silva having also played with the Portugal international at French club Monaco, issued a supporting statement with Silva's letter, saying he did not take offense.