Seamers rule as Bangladesh bowled out for 150 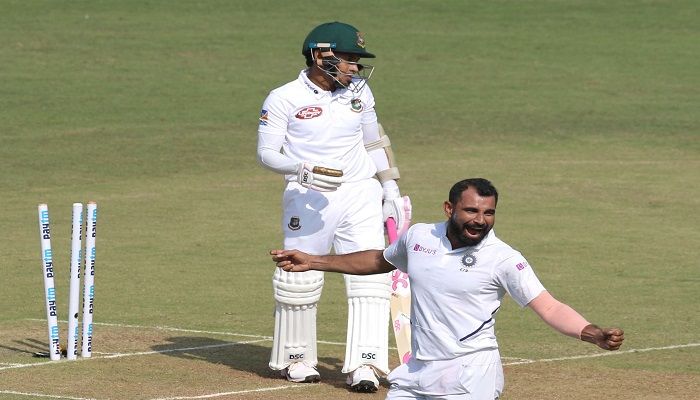 ﻿Indians will be absolutely thrilled. And on the contrary, Bangladesh would be gutted, their dismay would clearly outweigh the jubilation of the Indians.

It looked like a good toss to win now but Bangladesh were too audacious and they didn't opt to bowl in these bowling friendly conditions at Indore.

And again it proved to be a horrible call as Indian bowlers had a whale of a time in the middle. There was a brave partnership between Mominul and Mushy which lasted for a while but a peach from Ashwin got the better of Mominul.

And after that Bangladesh crumbled.

Shami was the wrecker-in-chief of the destruction. He is bowling at a different level and it's thrilling to watch a fast bowler at the top of his ability. Stay tuned, India's reply on the other side.