Tigers off to a nightmare start 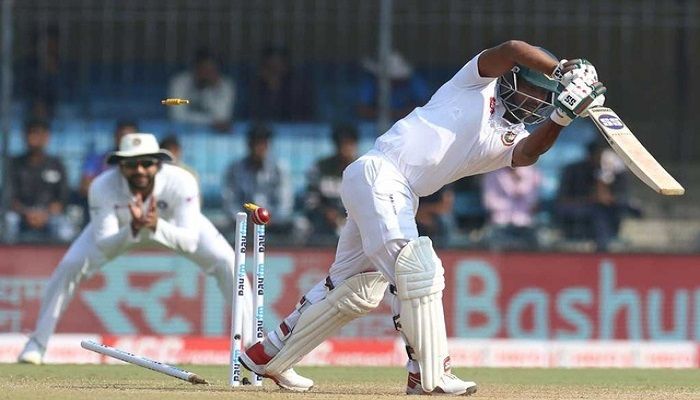 ﻿Bangladesh are fighting to stave off defeat as they begin their second innings of the 1st Test match against India after the hosts declared overnight with a lead of 343 runs in Indore.

But the Tigers were dealt with an early blow after opener Imrul Kayes (6) was bowled by seamer Umesh Yadav with only 10 runs on the board.

Shadman Islam (6) fell shortly afterwards as a length ball by Ishant Sharma sneaked through his defense and crashed into the stumps.

Captain Mominul Haque was the next to go after being trapped lbw by Mohammad Shami for 7.

Mohammad Mithun followed the skipper back to the pavilion after a quick-fire 18 after he miscued a short-ball by Shami straight to Mayank Agarwal at mid-wicket.

The old guard of Mahmudullah and Mushfiqur Rahim now look to prevent an embarrassing capitulation by the Tigers on the third day of the Test match with Bangladesh trailing their hosts by 295 runs.