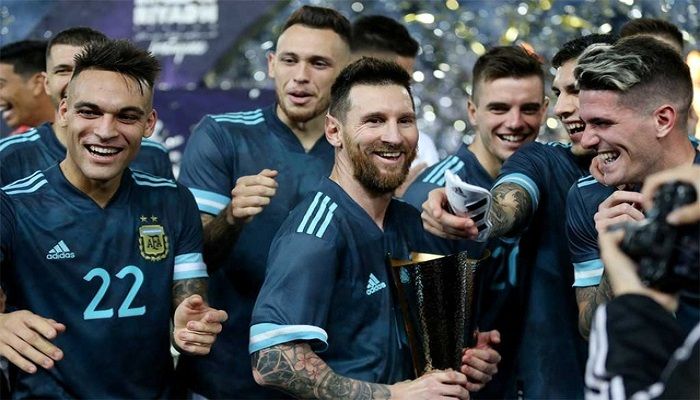 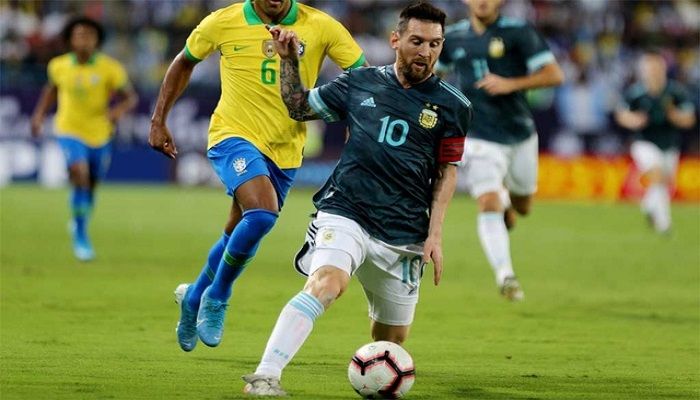 L﻿ionel Messi returned from international suspension to score the winner in Argentina's 1-0 victory against Brazil in Saudi Arabia on Friday.

The Barcelona striker, who missed four games after calling the South American Football Confederation corrupt, scored at the 14th minute to give Argentina a deserved victory.

The result extended Brazil’s winless run to five games since lifting the Copa America in July.

Brazil beat Argentina 2-0 in the last encounter in the Copa America semi-finals and they should have taken a ninth minute lead but Gabriel Jesus fired a penalty kick wide before being brought down in the box.

Brazil had two-thirds of the possession but rarely threatened the Argentine goal in a game that featured 41 fouls and six yellow cards.

Argentina, meanwhile, looked more sprightly, even without Sergio Aguero and Paulo Dybala, both of whom were unused substitutes.

Argentina have now won three of the five games they have played since their semi-final exit at the Copa America.