Saif ruled out of Kolkata Test 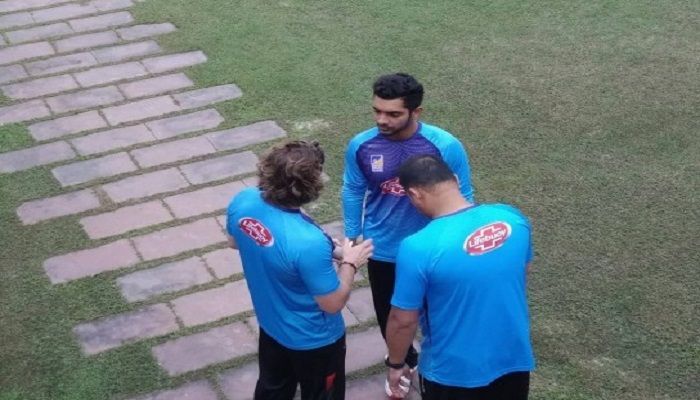 Bangladesh youngster Saif Hassan, who suffered an injury during the first Test while fielding as a substitute, is doubtful for the pink ball Test in Kolkata. Photo: Collected

﻿Bangladesh youngster Saif Hassan has been ruled out of the Kolkata Test starting from November 22 as he who suffered an injury during the first Test while fielding as a substitute.

Saif sat out the first Test as Bangladesh opted for Shadman Islam and Imrul Kayes as openers. Following poor scores from both openers in the first Test, there was an opportunity for the opener to make the team.

"Saif had split his finger webbing while fielding during the 1st test. The injury has not yet healed and the Medical Team is of the opinion that he will benefit from being rested to full recovery. Taking the state of injury into consideration, Saif has been ruled out of the second Test." informed the Bangladesh Cricket Board (BCB) through a media release today.

Saif also did not take part in the training session which began in the morning.