Cricketers Pay Half of Their Salary to Battle Coronavirus 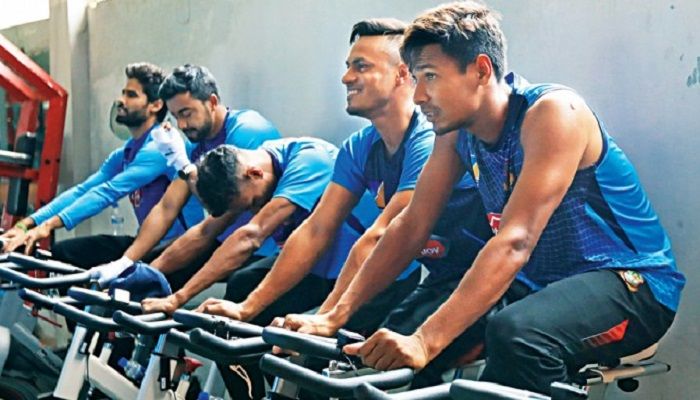 ﻿The coronavirus pandemic which has spread all across the world has also seen five deaths in Bangladesh.

The 17 cricketers who are in BCB's central contract along with 10 others who have featured in the recent Zimbabwe series have decided to donate fifty percent of this month's salary to a government fund in order to help out with battling the pandemic.

Abu Jayed Rahi said, 'We have decided to stand beside the people of the country in these tough times. 27 of the cricketers will pay half of this month's salary to relevant government entity in order to fight coronavirus.'

The cricketers' salaries are based on their grades and some of the cricketers have been handed contracts for both the white and red ball. ODI captain Tamim, who has been contracted for all formats, has a salary of six lakh Taka and he will donate three lakh Taka to the cause.

Mashrafe Bin Mortaza had stepped down from captaincy after the conclusion of the series against Zimbabwe. Although Mashrafe in not under the newly-drawn central contract, he was paid four lakh twenty five thousand Taka as per his grade when he played the Zimbabwe series. Mashrafe will donate two lakh twelve thousand Taka.