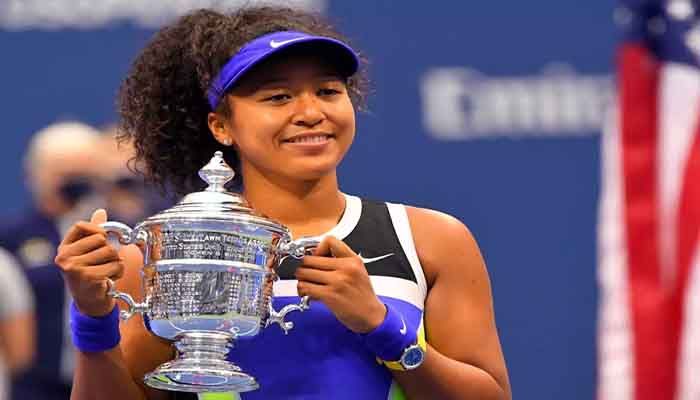 ﻿Japan's Naomi Osaka came from a set down to beat Belarusian Victoria Azarenka to win the US Open on Saturday and clinch her third Grand Slam title.

It brought 22-year-old Osaka's haul of tennis major trophies to 3 after her victories at the 2018 US Open and 2019 Australian Open.

"I didn't really enjoy that. It was a really tough match for me," Osaka said following her 1hr 53min  match victory that delivers her prize money of $3 million.

Azarenka, 31, sprinted to the first set in just 26 minutes, dominated Osaka with an 88 percent success rate on her first serve.

The Japanese was uncharacteristically sloppy, hitting a whopping 13 unforced errors.

Azarenka then went 2-0 ahead in the second set before Osaka fought back to break her opponent's serve twice and take a 4-3 lead.

The momentum had quickly swung in Osaka's favor and she broke a third time to push the match to a deciding set.

"I just thought it would be very embarrassing to lose this in under an hour so I just have to try as hard as I can and stop having a really bad attitude," said Osaka, explaining the turnaround.

Osaka enjoyed the first breakthrough of set three in game four when she broke Azarenka's serve to take a 3-1 lead.

Azarenka then blew a golden opportunity to get back into the match, wasting three break points as Osaka recovered from 0-40 to hold for a 4-1 lead.

Azarenka saved four breakpoints to make it 4-2 as she battled to keep the contest alive.

When she broke Osaka in game seven, the set was back on serve.

But Osaka immediately broke back after Azarenka pushed a forehand wide to leave herself the opportunity of serving for the match and title.