Bangladesh Win by 2-0 against Nepal in FIFA Friendly 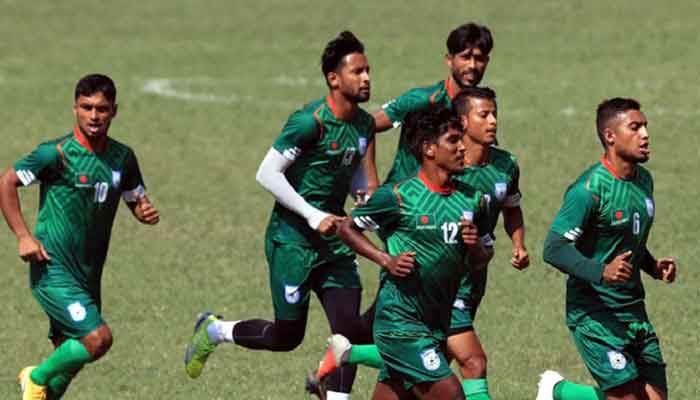 Bangladesh won by 2-0 goals against Nepal in the ongoing match of two-match 'Mujib Borsho FIFA International Football Series' 2020 in Dhaka.

In the match played at the Bangabandhu National Stadium, Nabib Newaz Jibo of Bangladesh scored against Nepal in 10th minute making the best use of pass from Saad Uddin.

Mahbubur scored the 2nd goal for Bangladesh around 79th minute of the match.

With the match, after about ten months, Bangladesh returned to international football.

The next match will be played between them at the same venue on November 17.

Bangladesh and Nepal have played 24 matches so far, out of which Bangladesh won 14, lost seven and drew three.