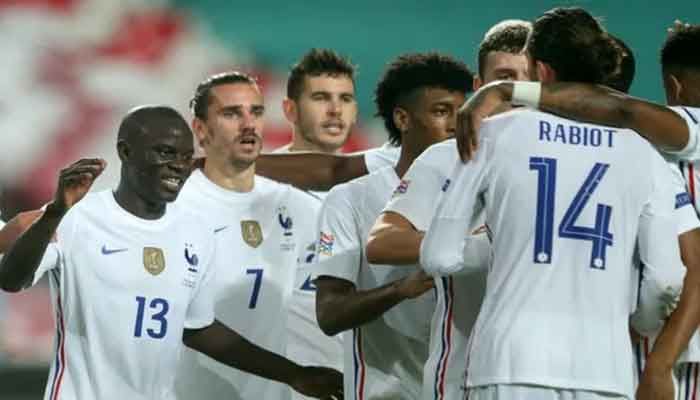 France has reached the League of Nations finals at the expense of Portugal's holders, as the second foreign goal of N'Golo Kante has scored 1-0 in Lisbon.

The winners of the World Cup and the European Champions joined Saturday's match, tied to 10 points at the top of Group A3, in four matches, but the head-to-head primary tie-breaker made this clash pivotal after a goalless draw in France.

Kante's strike proved the difference as Chelsea stepped up in the 53rd minute after a plethora of attacking talent at both ends had gone wrong.

France was without Kylian Mbappe due to a hamstring injury, but Anthony Martial would have had a first-half hat trick and would have been pleased to see Kante come to his rescue.

The first miss from the Manchester United forward came as he charged into Antoine Griezmann's incisive pass, but was soon confronted by Rui Patricio, who had previously been easily rescued from Kingsley Coman and this time, bravely blocked.

France stayed at the top, and Martial was expected to score when he turned Adrien Rabiot's forward acrobatic effort into a crossbar of four yards, before Patricio made another sublime stop in a close-up attempt.

Fortunately for the visitors, Cristiano Ronaldo had a half-time stroke with a header over the corner.

It was Ronaldo's mistake that would prove costly after the restart, as Patricio spilled Rabiot's low shot and the unlikely figure of Kante pounced into the net.

Jose Fonte guided an unmarked header to the post as Portugal threatened to reply, but it was as close as they had arrived.

Ronaldo was unable to forge a first career goal against France to rescue his side, although he teed up Joao Moutinho for a powerful blast that drew an outstanding save from Hugo Lloris.