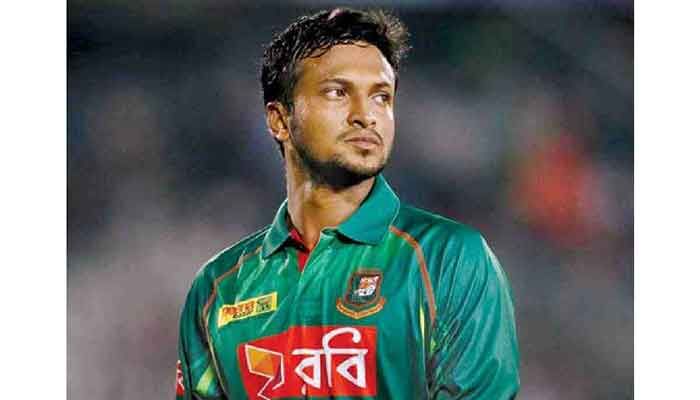 The Cricket Australia (CA) denied to include Shakib Al Hasan in the Big Bash League (BBL) after a club had moved to rope him in.

The Bangladeshi ace allrounder has recently completed a one-year ban placed on him by the ICC for failing to reveal a variety of corrupt approaches made to him by bookmakers.

Shakib reportedly put his name on the list indicating his interest in taking part in BBL. But when the club demanded permission from CA to engage in talks with Shakib, they declined to do so, reports Daily Telegraph.

The integrity of the CA police made it clear that it would be unlikely that any contract with Shakib would be approved.

Shakib previously participated in BBL during the 2013-2014 season. He made his debut with the Adelaide Strikers. After, the Southpaw played the Melbourne Renegades season in 2014-2015. Till the day, Shakib is the only Bangladeshi cricketer to have played in BBL.

“It’s not easy to know about everyone's feelings. They may doubt me or not trust me. I’m not denying it,” Shakib told the Telegraph.

The all-rounder had a chance to play in the ongoing Pakistan Super League (PSL) as a replacement for Mahmoudullah Riyadh, who recently tested positive for Covid-19. But he was not allowed to take part because he had not been on the draft list from the outset.

Shakib won't have to wait long to get back on the court, as the 2020 Bangabandhu T20 Cup is just around the corner. Starting on 24 November, Gemcon Group Khulna will be represented in the competition.