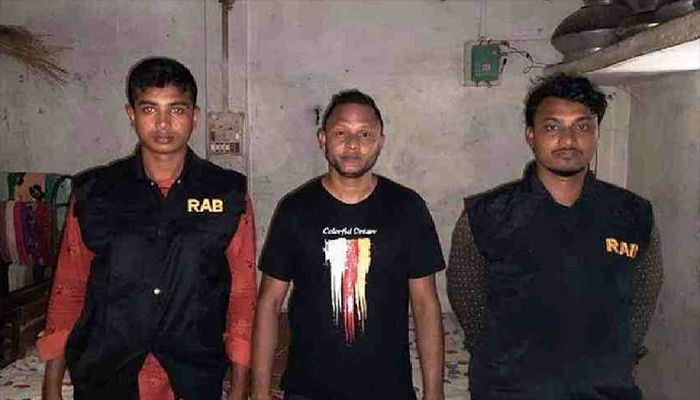 ﻿Mohsin Talukdar, who threatened to kill cricketer Shakib Al Hasan, confessed before a court on Wednesday.

"However, I do not know the details. As there was a power cut, I could not collect his statement's copy from the court."

On November 15, Mohsin brandished a sharp weapon on a Facebook live and threatened to kill the 33-year-old cricketer for allegedly attending a ceremony in Kolkata dedicated to a Hindu goddess.

As Mohsin's threat and name-calling sparked sharp criticism, the law enforcers started a manhunt to arrest him.

However, Shakib apologized to the fans on November 16 in a video. He never inaugurated Kali puja as it was being claimed on social media and had only participated in an event near the puja pandal, the all-rounder also said.

On November 16, police filed a case against Mohsin under the Digital Security Act with Jalalabad Police Station.

And Rapid Action Battalion (RAB) nabbed him from Sunamganj the next day.

Bangladesh Cricket Board (BCB) on Wednesday appointed a gunman for the security of Shakib.