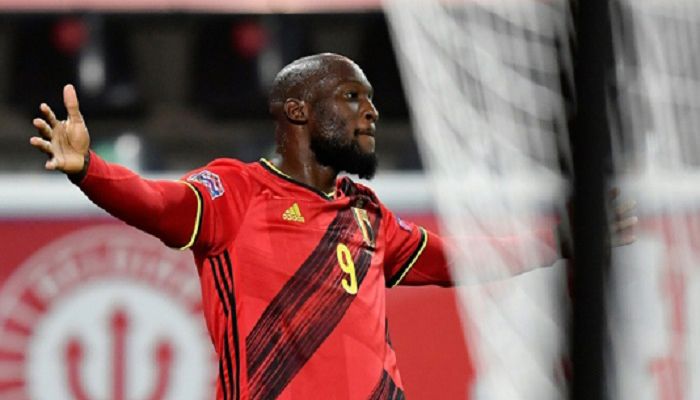 ﻿Romelu Lukaku helped fire Belgium into the UEFA Nations League finals by scoring twice in a 4-2 win over Denmark on Wednesday, while Italy also secured a place in the last four with victory away to Bosnia and Herzegovina.

The world’s number one-ranked side, Belgium only required a draw from their last League A, Group 2 game at home to Denmark behind closed doors in Leuven and took an early lead through Youri Tielemans.

Jonas Wind equalized for Denmark, but Lukaku got a second-half double and Kevin De Bruyne made sure of the victory for Roberto Martinez’s side after Thibaut Courtois allowed a Nacer Chadli back-pass to squirm under his leg and in for an own goal.

Italy secured first place in Group 1 with a 2-0 triumph in Sarajevo thanks to a goal in each half from Torino’s Andrea Belotti and Domenico Berardi of Sassuolo.

That ensured they finished a point ahead of the Netherlands, who came from behind to beat Poland 2-1 away with captain Georginio Wijnaldum scoring the winner after Memphis Depay’s penalty canceled out Kamil Jozwiak’s opener.

Italy and Belgium join Spain and World Cup holders France in a final tournament which is expected to be held in Italy in October next year.

Before the finals, European national teams will start their 2022 World Cup qualifying campaign in March and then the delayed Euro 2020 is set to go ahead next June and July.